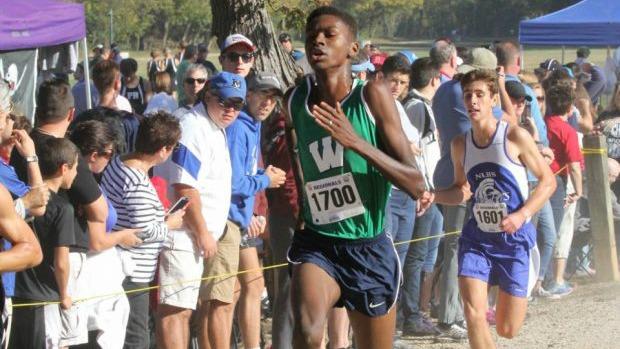 This dude is the real deal after a monster sophomore year on the track.  Durham only ran track his freshman year, so last season was his first season running cross in high school.  Durham clocked 16:33 and eventually took 35th at the state meet.  Durham had taken his career to another level after running 1:54.60 then doubling back for a 4:29 converted 1600, and also a 3200 PR of 9:49.83.  Durham helped lead the Warriors to a 4x800 title outdoors and also took 2nd individually in the open 800.  Durham has shown he has great range and should be in for a big junior cross country season.  I might have Durham ranked a little high, but I think he's a major talent and is going to be a star on the track for certain.  We'll have to see if his track success translates to the XC course this season.