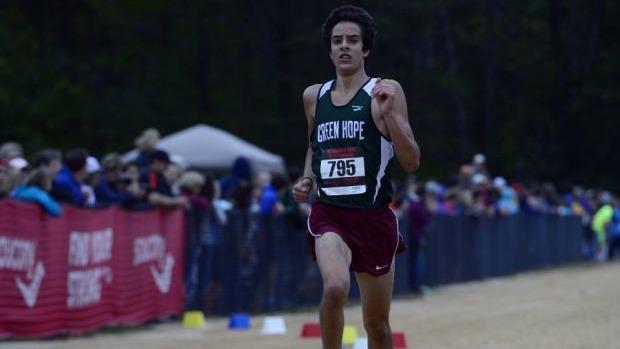 No one in the state currently has as wide of a range is Ian Delgado who has run 1:52.2, 4:17 and 15:47.  It isn't common for most 800 focused runners to be this strong in XC, but Delgado's got it all.  Delgado improved from a 16:14 PR down to 15:47 where he took 5th at the Mideast Regional.  Delgado went on to take 19th at the state meet after being 30th the year prior.  I'd imagine we won't see the best out of Delgado and Green Hope until the end of the season as they'll be focused on NXNSE in late November.  Delgado has been big on the track for Green Hope helping lead them to numerous National All-American performances, but can he come up big for the this season in XC?