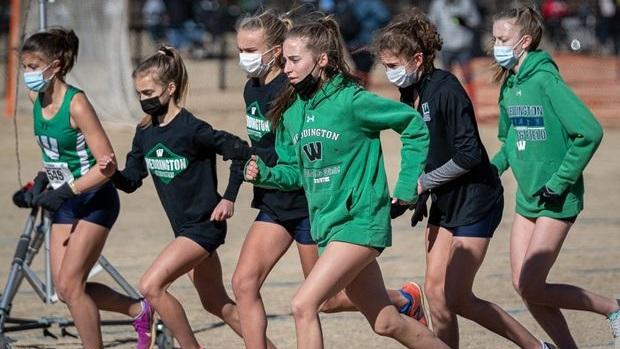 The top spot on our cross country countdown belongs to the Warriors of Weddington!

After a runner-up finish at last season's NCHSAA 3A state meet, this Weddington squad is more motivated than ever to walk away from Ivey Redmon in November with a championship plaque.

They return five of their top seven from last year's team, including all-state runner Elizabeth Ritter. Ritter was 6th at the state meet after finishing 5th at the NCHSAA 3A Midwest Regional. Emma Jones, who came in at No. 10 on our pre-season countdown, was 4th at their regional, and 12th at the state meet last season.

The strength of their team was in their pack, as returners Paige Starkie and Audrey Wright were right behind Jones at the state meet, finishing 13-14.

Alyx Beausoleil was 23rd at the state meet and was Weddington's No. 7 runner! Their depth this season may pose a challenge, as there is over a one-minute gap between their No. 5 and No. 6 runners.

They are one of seven teams in the United States that return five sub-19:00 5000m runners.

With the move up to the NCHSAA 4A classification, Weddington's time to shine is now.