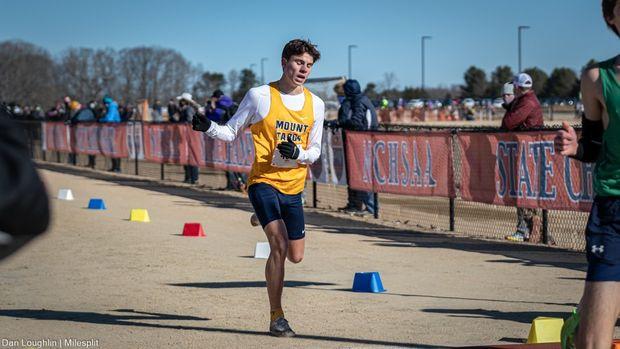 Coming in at No. 1 on our cross country pre-season countdown is Mount Tabor's Will Soule.

Soule is coming off a junior season where he posted some impressive times. He ran 1:54 over 800m at a tri-meet in May, and backed it up three days later at NCRunners Twilight with a personal best time of 4:14 in the 1600m.

He was NC No. 1 in the 3200m last season, clocking 9:15 in a runner-up performance at New Balance Dash for Doobie.

Soule was 4th at the NCHSAA 3A Midwest Regional and 3A state meet in cross country. He finished behind pre-season No. 2 Motondo and No. 4 Townshend.

I think that Soule proved during track season that he will be the one beat this season over 5000m.