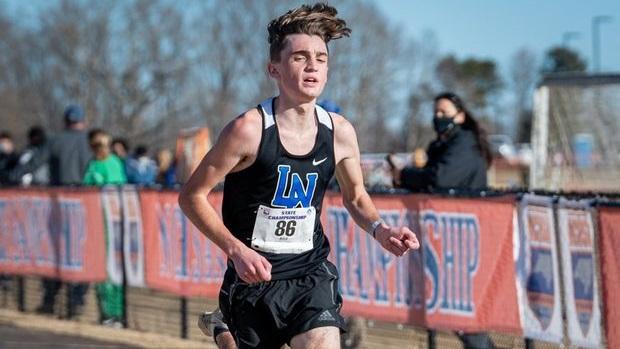 The No. 5 spot on our boys cross country pre-season countdown is Lake Norman's Griffin Horner.

Horner is coming off a strong track season where he posted some strong times, but he is still looking for that state title.

Horner was runner-up to eventual state champion Murphy Smith at the NCHSAA 4A West Regional. Horner powered back at the state meet and took 5th overall, good for an all-state selection.

At the Ballantyne Twilight 3200m Horner really broke out into a star. He clocked 9:17, good for a runner-up finish. He backed up it a month later clocking 9:21 at the Music City Track Carnival. He was 6th in the event at the NCHSAA 4A state meet.

He showed his speed during track too, running a 1600m personal best of 9:23 at NCRunners Twilight.

Horner is surely one of the favorites to walk out of Ivey Redmond Athletic Park in November as a state champion.