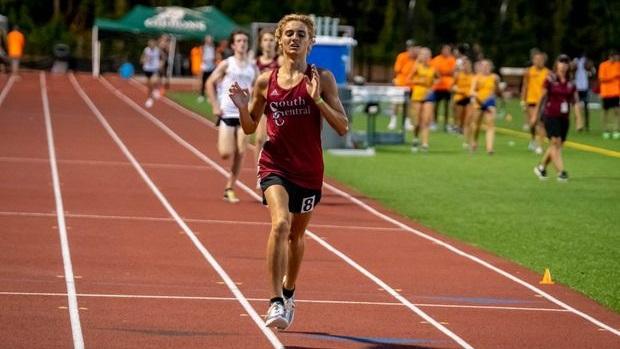 Taking the first spot in the top three in our cross country pre-season individual countdown is South Central's Elliott Kleckner!

Kleckner, the defending NCHSAA 2A East Region cross country champion, returns in 2021 as a senior to chase after a state championship!

Now running for South Central High School, Kleckner can really turn this program around into a top contender in 3A.

Kleckner was 4th at the 2020 NCHSAA 2A state meet, competing for Croatan.

He ran 15:17 at RunningLane National Cross Country Championships which is good for NC No. 1 returning. He was consistently in the mid 15:00's last season, which is very impressive.

On the track Kleckner debuted for South Central and posted some very strong times. He ran 4:23 for the full mile indoors at adidas Indoor Nationals. He only competed three times for South Central, running the 3200m at their conference, regional, and state meet. He won the ECC 3A/4A Conference, and was 4th at the NCHSAA 4A East Regional. He ran a personal best of 9:20 in the event at the NCHSAA 4A state meet, where he placed 3rd.

The time is now for Kleckner to establish himself as one of the top runners in the state. Now that he is settled in a new school, healthy, and has no distractions, he can really go all in on that state championship.