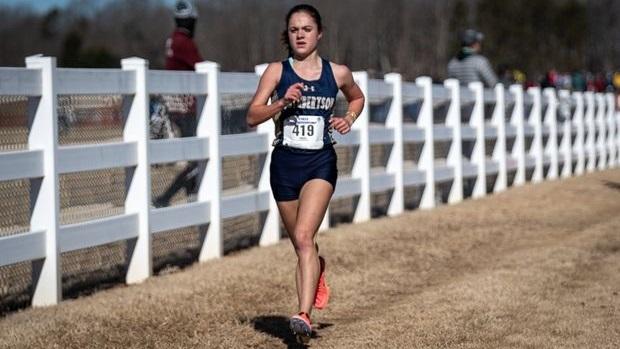 Coming in at No. 4 on our pre-season cross country countdown is Cuthbertson junior Alyssa Preisano!

Preisano really established herself as one of the top runners in the entire state last season as only a sophomore! She was runner-up at the cross country NCHSAA 3A Midwest Regional and the NCHSAA 3A state meet, finishing behind now-graduated teammate Madeline Hill. She was consistently in the mid-to-low 18:00's during the season with a personal best of 18:08. She helped lead Cuthbertson to the 2020 NCHSAA 3A cross country state title.

On the track Preisano really shined. She broke 11:00 for the first time at New Balance Dash For Doobie, running 10:59.

She was 3rd in the 1600m and 2nd in the 800m at the NCHSAA Midwest Regional. Something clicked in her mind between regionals and the state meet, because she looked like a whole different runner at the NCHSAA 3A state meet.

In 2021, with Cuthbertson moving up to 4A, Preisano will have new rivals and challenges, but that should be no issue for the multi-time state champion.