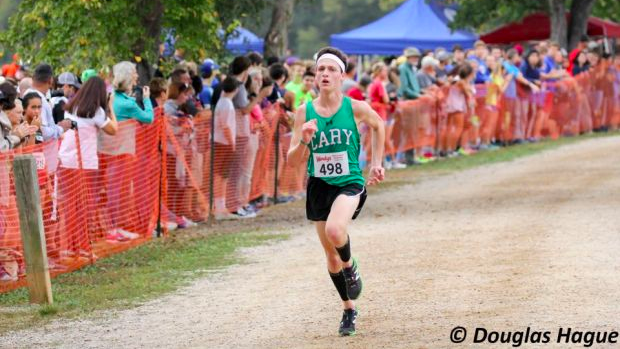 The Friday Night Lights field is a big one with the majority of the states top ranked boys teams including two of the Southeast's beset Weddington and Cary.  The two programs are arguably amongst the top 25 teams in the nation and both should contend to send a team to the national meet this fall.  We've seen Weddington drop a 16:06 average with their #2-#6 runners earlier this season at the Providence Invitational.  This weekend will be Cary's debut over 5K.

The majority of our top 25 individuals are entered this weekend at Friday Night Lights with 12 boys that have been under 16 minutes.  #2 Nickolas Scudder, #3 Anton Idhammar, #4 Kyle Durham and #5 Joey Bream headline the field and will all be eyeing the win heading into the meet as a few of the favorites.  This will be the first real 5K of the season for each of these boys. Bream and Scudder have the best two PRs heading into the meet with a 15:38 and 15:41 respectively.  Idhammar and Durham had bigtime track seasons showing they had a lot of potential this fall to make a big drop in XC.

Though they're in our top 5 individually, the gap back to the next few boys is not that wide of a margin.  #9 Brian Picone, #10 Hunter White, #11 Tim Haughton, #12 Reed Blackman, #13 Will Mazur and #15 John Malach will all look to post a breakout performance this weekend against a loaded field.  Out of this group we've only see White an Mazur in a big 5K running times of 16:23 and 16:05 respectively.  Picone especially is one I'm excited to watch this weekend after running 9:32 winning the 4A Mideast 3200m over a lot of the top guys in this field.  Each of these boys can make the jump up to the states top tier this weekend.

We've seen strong performances out of #19 Jake Toomey and #21 Ian Harrison early this season as they both emerged as early season breakout candidates. Toomey edged his Weddington teammates at Providence clocking the fastest time out of all the NC boys in the field of 15:55.  Harrison has just run in two 3Ks, but has beaten teammate Joey Bream in both races.  This will be Harrison's first 5K of the season and he could end up being the surprise of the meet.

The biggest battle of the weekend is certainly Weddington versus Cary.  They're the two top teams in NC and the Southeast and just separated by 3 points in our virtual meet.  Weddington comes in with a top 5 average of 16:00.8 and Cary at 16:02.4 showing how close these two programs are.  Weddington's 5th man comes in at 18th and Cary's at 31st.  The key for Cary is going to have their top 3 of Anton Idhammar, Brian Picone and Jackson Martin ahead of Weddington's #2.  Weddington comes in with a 1-5 gap of just 13 seconds and also has a 6th man ahead of Cary's #5.  Jackson O'Hara, Nate Jaster and Stephen Larson will all look to place ahead of Cary's #5 in hopes of locking up a team title.  This is the first of a few big battles these two teams will have during the season and these teams are as close as the virtual meet predicts.

This is the first we'll see from Panther Creek, Green Hope, Apex Friendship and Broughton this weekend as they'll all be hoping to have a team in range of the top 2.  These Wake County powers always are strong in cross country and we'll finally know what each have in store for the season after a long summer of training.  Last weeks big story was Chapel Hill running a 16:13 average at the Jungle Run, and the Tigers will run their second straight night race this weekend with a little bigger team competition.

Their is plenty of other top ranked programs in this field even outside of the top 10 in our virtual meet.  You have Apex, Millbrook, Cuthbertson, Holly Springs, Reagan, West Forsyth, Pinecrest and Mount Tabor.  A lot of these schools are pretty closely ranked, but who is going to shine against this loaded field?  I can't wait to see how this race plays out.