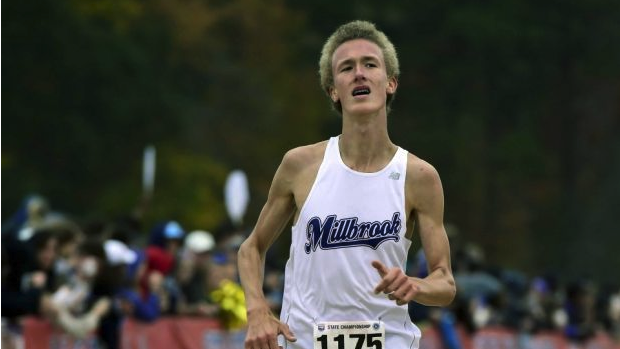 Last fall Millbrook ended the season with 6 boys under 17 minutes with 2 more on the fringe.  They graduate their #2 & #3 guys in Ryan Bennison and Andy Bennison from last fall, but they do return Nickolas Scudder who is the top returner for the 4A State Championship this fall.  The Wildcats ended the season placing 8th in the state and have the potential to improve on that this fall.

Scudder will be the team's low stick after having a breakout junior year.  Prior to last fall Scudder had only broken 17 minutes twice where he ran 16:36 and 16:50 as a sophomore.  Last fall he was under the 16-minute mark 5 times with a best of 15:41.  On the track Scudder ran PRs of 4:25 and 9:32.  He individually placed 5th at the NCHSAA 4A State Championship in the 3200m.  Scudder proved he was a star last fall, but will he have what it takes to be the best kid in the state this fall?

Rising sophomore Joshua Navarro was a big boost for the program last year after running 16:41 as a freshman.  He was the teams #4 runner making an immediate impact on the program.  Now he'll return as the teams #2 man and will have much higher goals for himself this fall.  He ran 4:44 and 10:08 on the track which is solid for a freshman.

They'll also bring back junior Ayden Mosler who ran 16:55 last year as a sophomore.  Mosler broke out last fall dropping his PR by over a minute as a sophomore.  He came into the season dropping a big PR last year running 17:29 in his first meet and improving throughout the year.  Mosler continued his success on the track running 2:02 for the 800m and 4:44 for the converted 1600m.

The team certainly had some guys breakout on the track last fall.  At the top of that list is Elliot Fernandez who ran 17:39 last fall as a sophomore, but on the track he ran 4:30 for the 1600m taking 6th in the 4A East Regional.  From his freshman to sophomore year in cross country he dropped his PR from 20:08 down to 17:39 a year ago.  It's safe to say another big improvement is likely coming this fall.  Nianza Nsiambote  also had a big year on the track running 1:59 and 4:37.  Nsiambote is more of a track guy than cross country and didn't run last fall, but he holds a PR of 17:26 from 2016.

The team will also return seniors Carter Bouchard and Banks Scudder who were in the top 7 last fall.  The pair ran PRs of 16:56 and 17:03 and will fight to impact the teams top 5 in their senior year.  They'll also have rising sophomore William Mitchell who ran 17:10.  Mitchell was on the varsity squad at the end of the season last fall and could have a lot of potential this season.