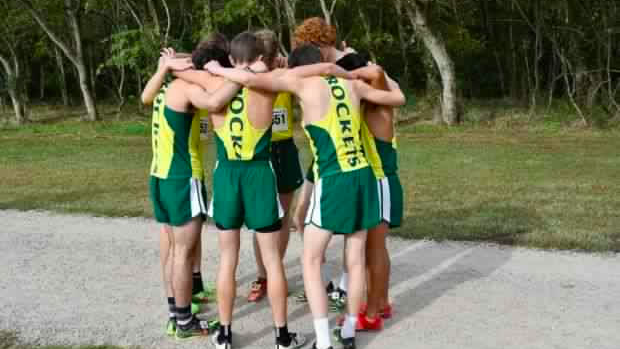 A.C. Reynolds will return top man in junior Dwayne Lillie was narrowly the runner-up at the NCHSAA 3A West Regional last fall.  Lillie clocked a PR of 15:54 and took 28th at the 3A State Championships.  Lillie was a stud for A.C. Reynolds as a freshman and will be one of the states top runners over the next two years if he continues to progress.  On the track he ran 4:27 for the full mile, 9:59 for the 3200m and 2:00 for the 800m.  Lillie should certainly be in contention for a top 10 spot in 3A this fall.

Rising senior Lucas Wiley will be the teams #2 returner, and will be in the mix with Lillie up front to be the teams top runner.  Wiley moved across the state from D.H. Conley to A.C. Reynolds last fall and was a big addition to this program.  Wiley clocked 16:29 in cross country last fall and placed just behind Lilie at the state meet finishing 16:29.  Wiley really shined on the track running 4:28 for the 1600m qualifying for the state meet individually.  He also ran 2:00 and 9:54 for the 800m and 3200m.  Last year was a bigtime breakout season for him, and he will look to contend for an All-State spot this fall.

A.C. Reynolds will bring back senior Noah Clifford who has spent his high school careers between A.C. Reynolds and (Maryland school).  Clifford will be back in North Carolina for his senior year and had a strong cross country season in Maryland last year running 15:51.  He also ran under 16:30 on three other occasions last year.  His sophomore year at A.C. Reynolds he ran 16:29 and was 38th in the NCHSAA 3A State Championships.  Clifford was a 9:47 3200m runner indoors while in Maryland last year as well and was 7th at a sophomore in the event at the 3A State Championships.  This is certainly a big add back for a team that was already a 3A podium contender.

The team will return depth to their team in rising seniors Lawson Robertson and Henry Klesius as well as rising sophomore Timothy Barham.  Robertson and Klesius return with PRs of 17:12 and 17:19 respectively as Barham returns with a 17:27 PR from his freshman year.  These three will fight for spots within the teams top 7.  Robertson had his best day at the state championships last year where he took 65th overall.  Barham had a very promising middle school career where he ran 4:32 for the 1500m.  He could really click as he will be more adjusted to high school running this fall as a sophomore.

This team could potentially have three boys under 16 minutes this fall and return an even strong team than they had a year ago with the addition of Clifford.  The team will have plenty of depth coming in this fall and is a program I think should fight for a top spot in the 3A State Championships this fall.