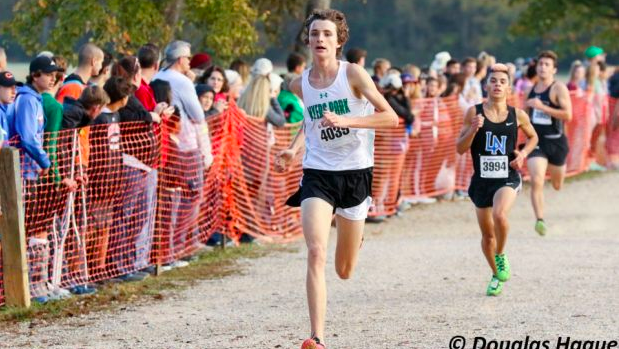 Myers Park is a perennial powerhouse in the 4A West.  The Mustangs have advanced to 15 straight NCHSAA State Championships and I don't expect that to change this year despite losing four of their top five from last years 4A West Champions.  They'll return a team that'll be able to contend to defend their regional crown.

They'll likely only have one senior in their top 7 in Gant Renner, who ran 16:59 as a junior.  Renner is slated to be their #2 returner but looks to be in for a breakthrough.  As a sophomore, he began XC breaking 20 minutes just once during the season.  His junior season he drastically improved on those marks from the get-go.  He went on to run 4:35.37 for the 1600m on the track as well as 10:08 for the 3200m.  This will be Renner's team to lead and he should be able to rise to the occasion.

Myers Park's top returner is Tristan Wick who was 46th last fall as a sophomore in his first year at the school.  He attended Charlotte Country Day as a freshman.  Wick holds a PR of 16:26 and was consistently in the Mustang's top 5 throughout the season.  He certainly came into the school with great potential after running 17:21 as a freshman.  Wick holds similar track PRs as Renner after running 4:37.89 in the 1600m and 10:01 for the indoor 3200m.

A pair of rising sophomores in Bryson Brading and Jacob Guzi will look to emerge in Myers Park's top 5 this season after a promising start to their high school career.  Brading kicked off his career with an 18:12 last season.  He was able to work his way into the top 7 by the seasons end clocking 17:12 for 93rd at the state championship.  Guzi was just outside of the top 7 last year and is the #7 returner on the squad.  He had a strong freshman track season running 4:51 for the 1600m showing he could continue to develop big time this XC season.  Charles Modesitt was also sub 5 as a freshman for the Mustang's with a 4:57 PR and should contend for a spot in their top 7.

They'll also have a strong junior class of David Hood, Erik Seuster, Conner Selle and Carter Whitmire.  Hood was in and out of the top 7 in 2017, and will return as the teams #4 runner.  Seuster, Selle, and Whitmire all hold PRs just a little behind Hood's but will also contend for a top 7 spot throughout the season.  Selle, Seuster, and Whitmire were all under 5 for the 1600m during their sophomore track season.  The team's success will likely rely on if any of these four can have breakout seasons on the XC course.

I think the 2019 season will likely be a big year for Myers Park, but despite losing a lot from last years team I think this team has a lot of upside.  Though they're ranked 25th don't be surpised to see this young squad climb the ranks as the season goes on.