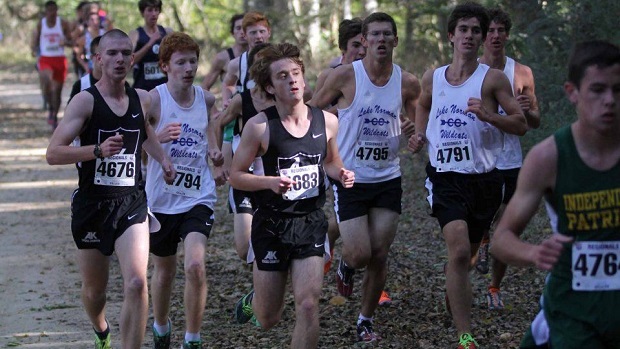 The 4A West is ripe for the taking, and Lake Norman returns enough talent and leadership to be a contender for the title.

Sometimes a team changes spots in these rankings because of something about that specific team - moving up by demonstrated improvement, or dropping due to the loss of a big senior class, for example.  In other cases, a team changes places because of something about the teams above or below them.  This is the second case: in a situation where the next 4 teams in the rankings are very similar, Lake Norman simply got leapfrogged by a few teams that showed more impressive signs of improvement.  Nonetheless, this is a solid team and an underrated program that has been steady in its improvement over the last 3 years.  If some of the work ethic shown by graduated senior Patrick Sheehan has rubbed off on the younger runners, then this team has the potential to win a wide-open 4A West regional with no clear favorite entering the season.  The Wildcats are even capable of finishing in the top 10 in the 4A state meet with a strong performance, which would be impressive considering the team lost 3 seniors from the 11th-place squad in 2013.  Despite those losses, the team is still quite deep, and it is very likely that Lake Norman will have at least 5 guys that are well under 17 mintues this year.  There are 5 more seniors in the returning top 7 that will be leaving after the upcoming school year, and a two-year loss of 8 graduates may herald a down year in 2015.  For thta reason, the motivation should be very strong to max out the team's potential success this fall.