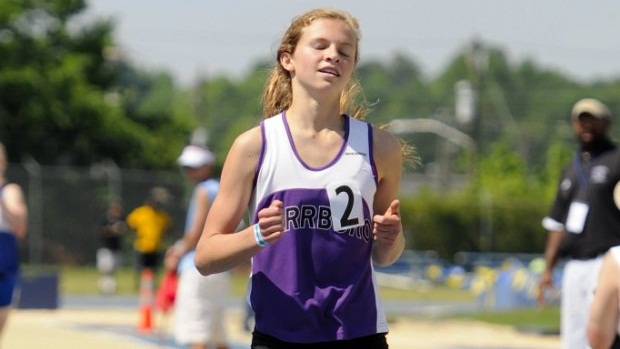 I'm not sure where she ranks on the all-time list of champions, but the Carrboro senior has been involved in 13 state titles.

There isn't much more to say about Grace Morken's running career than this: seven individual 2A state championships and six 2A team championships (four in cross country, two in outdoor track), with one outdoor track season still to be counted.  Of course, there is much more to say about the person Grace Morken, and she gets to tell some of that story in this interview.  She has been a fixture on the 2A running scene for three years, with her sit-and-kick style that hasn't failed her yet (although she had her closest brush with second place at the cross country state meet), and has earned recognition among the best all-classes runners in the state.  The scary thing is that I still get the sense there is more in her future; she runs to beat the people in the race, and as the competition keeps getting faster for her, so will her times.