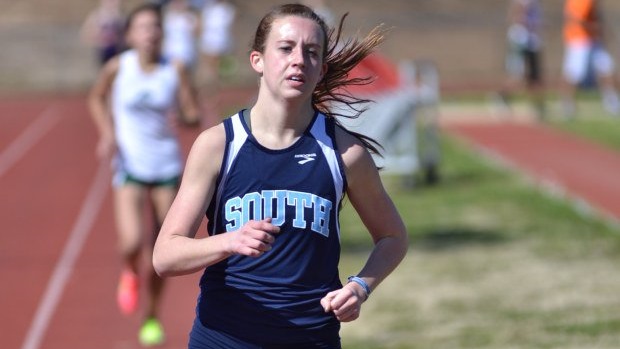 The South Brunswick senior has improved steadily in her best race, the mile, but has improved rapidly in longer races.

In recent years, the 3A East Regional has become a hotbed of girls' distance talent, at least at the top.  Carmen Hilliard has been a major part of that, as she has been under 5:15 in the 1600 since her sophomore year.  Last year, she also began to establish herself as a force in the 3200, and that was followed by a breakthrough season in cross country that indicates she might have more improvement still to come on the track.  In addition to her noteworthy running, Carmen always seems to form strong relationships with her opponents.  I always see her interacting with them, encouraging them, and congratulating them on good performances (even when they have gotten the best of her).  I have always believed that there is a special camaraderie among distance runners, which probably arises from knowing that the other athlete has to go through many of the same things as you do when training for high-level performances.  Carmen is a great representative for our sport, and I believe she still has a lot more to show as an athlete through her college career.