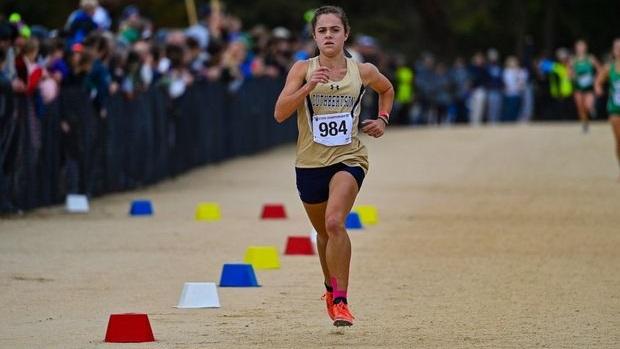 Coming in at No. 4 on the girls' pre-season cross country countdown is Cuthbertson senior Alyssa Preisano!

The Wake Forest commit was limited during the 2022 outdoor season due to injury, but she made the most of the opportunities she had. She anchored home her squad's outdoor state champion 4x800m team with a blazing split of 2:12.40. She also ran 10:58.47 in the 3,200m at All American Track Classic.

At her best, she has proved to be one of the elites in her class nationally.

To top it off, Preisano was also apart of both of Cuthbertson's indoor state record 4x800m and 4xMile teams.

She has been on the verge of a state title in cross country for three years. As a sophomore she was runner-up to teammate Madeline Hill, and last year she was 4th. She won the NCHSAA 4A Midwest Regional title last fall, as well.

The earliest race we have on record for the senior is from the Cuthbertson Middle School XC Home Meet in 2016. As a 6th grader, she placed 11th in the 3,000m and was the top finishing 6th grader.

It has been a long prep career for Preisano, and now she enters her season season ready to lead her Cuthbertson squad to the top of the country.

Does Alyssa Preisano repeat as NCHSAA 4A Midwest Regional Champ?