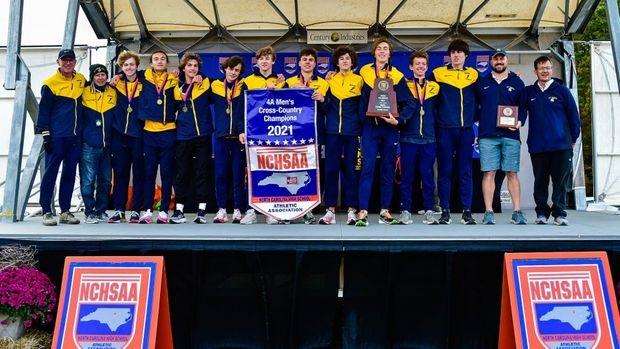 We've made it! Cross country season is on our finger tips, if not already upon us for some programs. Providence Invitational this weekend is the unofficial first large invitational in the state that gets the action going for the season.

So, without further ado, the No. 1 boys' team on our pre-season countdown are the Spartans of Mount Tabor.

The Spartans are reloading after last year's NCHSAA 4A Cross Country state title. They lose their top three from the day, including three all-state runners. They do, however, return an experienced and deep group of runners that will do whatever it takes to return to the promise-land.

Returning up front is senior Andrew Burrell. He was 21st in the cross country state meet, but he really picked it up on the track. He placed 3rd in the 800m at the NCHSAA 4A State Championship and he has a best time in the event of 1:54.88.

Two more returners from the state title team join Burrell at the front.

Luke Armentrout and Jeremy Kern are both heading into their senior years ready to leave an impact on this program.

The Spartans have another senior in Conner Inman who did not race the state meet last fall. He was their 7th runner at the NCHSAA 4A Midwest Regional, and now holds the No. 2 returning time on the team: 16:19.80.

As a team they are the returning NC No. 2 if you look at returning times, but I think their experience and late season prowess will slingshot them to the top.

This is a much different team than in 2021. They had the front-pack power with Will Soule, but now the Spartans are going to rely on their pack and 1-5 split to lead them back to the top of the state. They certainly have the talent to do it, but as we've seen over the last few years, anything can happen at the state meet.