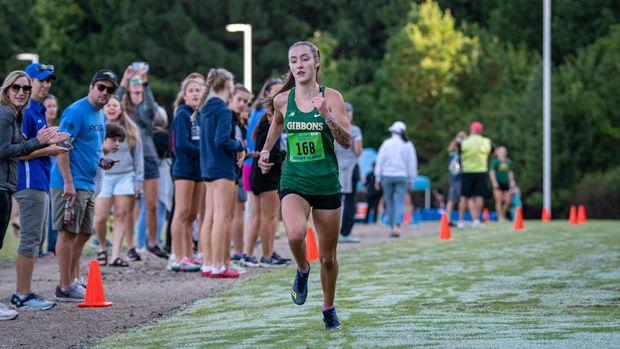 Cardinal Gibbons superstar Hannah Rae Shaffer is the No. 1 runner on the cross country pre-season countdown.

Shaffer had as a good of a freshman year as you can have last year. She won the NCHSAA 4A 3,200m state title running 10:37.09. Her personal best in the event of 10:32.33 came from the adidas Raleigh Relays where she was the top in-state finisher.

During the indoor season she was runner-up in the 1,000m and 3rd place in the 1,600m at the NCHSAA 4A Indoor State Championship.

Last fall, she was runner-up at the NCHSAA 4A Cross Country State Meet, and was the NCHSAA 4A East Regional champion. She managed to secure victories in her regional and conference championships, as well as an invitational victory at NCRunners Elite XC Invitational.

It was a stellar freshman year for Shaffer, and now she gets to build on the momentum she has built up.

She opened her season with a pre-season 3K victory at the BaySix Kickoff Classic, winningly singlehandedly in 10:54.89.

It is more than just herself on her mind this season, as well, as Cardinal Gibbons is poised to make a run for the NCHSAA 4A state title. The Crusaders were pre-season No. 2 as a team in North Carolina and No. 16 in the country. The pressure of leading a youthful Cardinal Gibbons team can be taxing, but if one runner can handle the pressure, it is Hannah Rae Shaffer.

She has proven to be an excellent runner, with the talent to take home an unprecedented amount of state titles, but can she take her team to the next levels and lead them to a state title?

The earliest performances we have for Shaffer, come from the 2015 outdoor season, when she was running in the 9-10 age group with girls up to two grades higher than her. She placed 6th in the USATF Region 3 Championship 1,500m, and she was the top finisher for her grade.

Who finishes NC as girl's No. 1 this season?