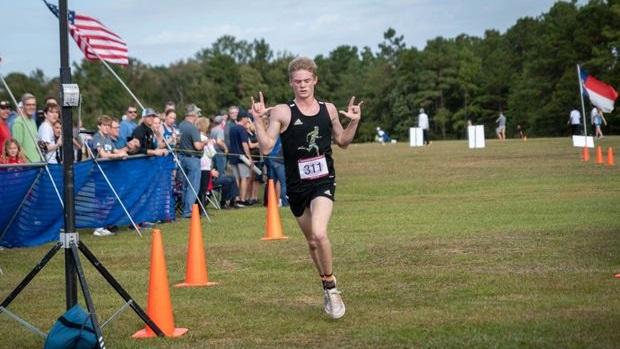 Dawson Reeves comes in at No. 4 on the boys' pre-season cross country countdown.

The Christ School junior was runner-up at the NCISAA 4A Cross Country State Championship last fall. He has a personal best of 15:31 from the CAA Conference Championship. His time is NC No. 5 among returners.

Reeves excelled on the track during both indoor and outdoor season. He ran 4:18.49 for the 1-mile run at the UK High School Invitational, which is a sophomore class state indoor record. He also ran 9:26.19 in the 3,200m at New Balance Dash for Doobie. He was 6th in the 1-mile run at adidas Indoor Track Nationals.

During outdoor season, he was runner-up in the 1,600m and 3,200m at the NCISAA DI State Championship.  At the RunningLane Track Championships just a week after the state meet he ran 4:11.32 for the 1-mile run which is another sophomore class state record. It is also sophomore class U.S. No. 36 all-time.

As a freshman, Reeves finished 5th in the NCISAA 4A Cross Country State Meet and was CAA Conference champion. He is also the freshman class state record holder in the 1-mile and No. 2 all-time in the 800m.

As Reeves transitions to his upperclassman years will he take the next step and turn into one of the top runners not only in the state, but the country. His biggest competition is right next to him in teammate Rocky Hansen. The duo will make for one of the nastiest 1-2 punches on the boys' side that we have seen in a long time.