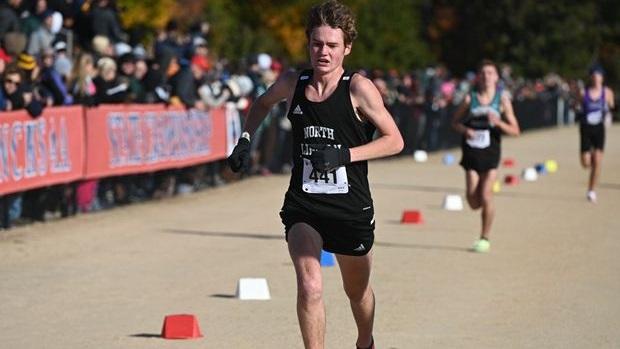 Out of the top 10 finishers at last year's NCHSAA 3A Cross Country State Championship, only one will return in 2022: 4th place finisher Stephen Fernetti.

The North Lincoln senior comes in at No. 5 on the cross country pre-season countdown.

As mentioned, the race for the 3A title is wide open with so many of last year's top finishers graduating, but the favorite to grab the empty throne has to be Fernetti.

He has a cross country personal best of 15:50, but there is no doubt he is going to blow that out of the water based on his indoor and outdoor track performances.

He is already a 2x all-state runner in cross country. He placed 7th as a sophomore and 4th as a junior.

He had a huge breakout performance at the Montreat College Invitational where he took to the track for a 5,000m race. He smashed his cross country time and ran 15:14.70. Just a few weeks later at the Volunteer Track Classic, Fernetti clocked 9:13.24 for the full 2-mile run. He went on to run 4:13.91 in the 1,600m at the Carolina Distance Carnival.

He finished runner-up in the 3,200m at the NCHSAA 3A West Regional, but we did not see him in the state meet.

If Fernetti gets the chance to really open up and race at a faster course or invitational than he is used to, he can drop a super impressive time and show the 4A classification what 3A is all about.