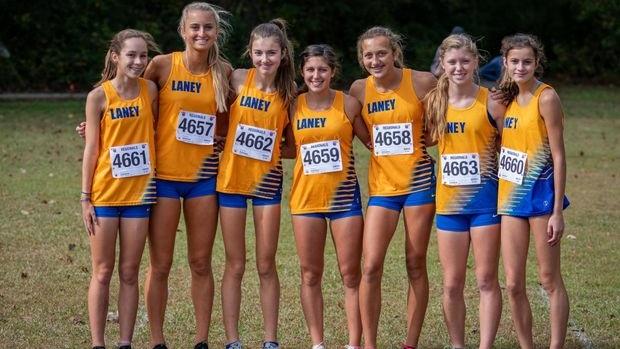 The Laney Buccaneers come in at No. 7 on the girls' pre-season cross country team countdown.

Laney was 3rd place last fall at the NCHSAA 4A East Regional and 10th at the NCHSAA 4A State Championship. They key for the Bucs, however, is that they return their top six, including Olivia Bufalini. She placed 2nd at their regional before going on to place 6th at the state meet just a week later. On the track, Bufalini won her regional in the 1,600m and was runner-up in the 3,200m.

Bufalini is going to take care of business up front, (which may have earned her a spot on the individual pre-season countdown), but it is up to the rest of her team to step up to the plate.

They had a superb track season all-around. They had their whole returning top five break 13:00 in the 3,200m, one of only four programs to do so. As a team, they are ranked No. 5 in the 3,200m among returning athletes.

Their next three top 3,200m runners are all headed into their sophomore seasons: Camryn Oats, Mary Katherine O'Malley, and Addison Shepherd.

All three of those girls also ran at the cross country state meet as freshman, so their experience is going to really help them come November 5th.

Rising senior Isabella Borelli did not run the 3,200m in the spring, but managed to have a stellar season in the mid-distance. She won the NCHSAA 4A East Regional in the 800m running a personal best of 2:19.70.