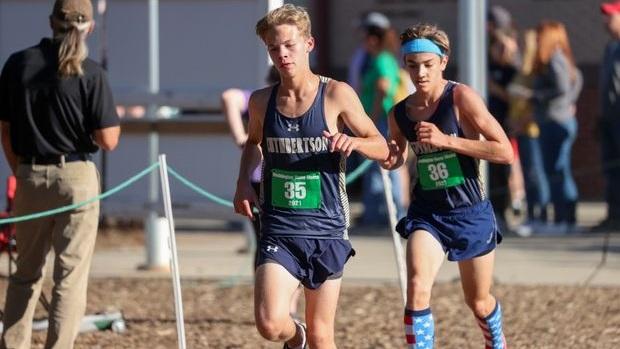 The 2022 NCHSAA 4A Track & Field state champions are making a run for the cross country title this fall. The boys of Cuthbertson come in as the No. 7 team on the pre-season cross country countdown list.

The Cavaliers finished 7th in the 2021 NCHSAA 4A Midwest Regional last fall, but they return six of their top seven.

Their pack is going to give them strength. They hold a 34.60-second 1-5 split, which is NC No. 5 overall. As a team, they are NC No. 14 in the cross country returning rankings, but a solid track season built with a strong team environment could be the right ingredients to a state title.

On the track, their cross-country-style-team-scoring in the 3,200m ranks them NC No. 2 among returning athletes. They were one of four schools to have six returners run under 11:00, and the only school to have six under 10:40.

Their 1,600m team score would have them No. 7 in the state. They also had four returners go under 4:40, making them of only six programs.

Thomas Wlazlowski had a great season on the track as well. The rising junior had personal bests of 4:37/10:17.

Charlie Schihl had a mile time of 4:33 this spring, as well.

Up front is where they may struggle. Their No. 1, Peter Schihl only ran 9:58 on the track and has a personal best in cross country of 16:56. He is their only returner who has broken 17:00. But behind him, their top four all sit with personal bests between 17:02 and 17:08. I'm expecting this Cavalier squad to race in a pack and try to get in front of as many top dogs from other programs as they can. Depth is going to be their strong suit this year, but will it be strong enough to bring them to the top of the podium later in the fall?

Will boys of Cuthbertson make a run for the NCHSAA 4A state title?