He admits, "If someone bets me that I can't do something, I have a tendency to try to do it."

In fact, he got into running following such a bet. He recalls that a classmate in a 9th-grade gym class "bet me that I couldn't sprint a mile in under six minutes. This kid was on the cross country team and told me that he knew for a fact I couldn't sprint a whole mile. I took him up on his challenge and I ran 5:50 with no previous training. My gym teacher was also the track coach, so he recruited me to run indoor track, and that's where my running career began."

Taking bets, though, coincided with other risky decisions. McNeill divulged that as a young teenager, "I climbed onto the top of my house. My friend told me that I couldn't land a backflip off the roof. I told him I could, so I ran down the roof and did a front flip and actually landed it."

More recently, though, decisions haven't been so successful. On April 3 and at the beginning of his junior outdoor campaign, he made a potentially fatal decision.

"I went joy riding at 2 AM the day after a track meet," he said. "I do not remember everything that happened, but I remember seeing flashes of cars swerving and time stopping at the point of collision."

According to McNeill's coach, Carter Benge, the rescue team had to use the jaws of life to extract him from the demolished vehicle.

"As a result of the head-on crash, I was badly injured but miraculously none of my bones were broken," McNeill said. "The collision caused intense trauma to my body and head, so I was rushed to intensive care. I apparently was screaming and was hostile to the nurses who were trying to help me, so I was put in a medically induced coma to calm me down and for my body to heal.

"I remember a little bit right before I went into a coma but not much. I was in a coma for three days in ICU and then I was transferred to the Rehabilitation Center for two weeks. I was unable to stand, walk, talk, eat solid foods, or basically do anything for myself. I was eventually able to regain my balance and walk slowly on my own about 10 days after my accident." 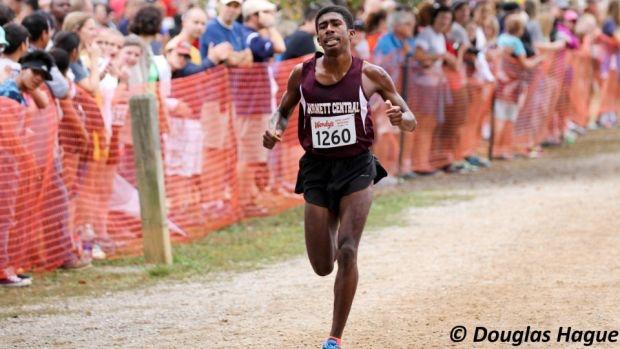 With time for reflection, he's had time to process the crash.

"My experience has taught me about the importance of decisions," he said. "Not only do decisions affect you, but they affect the people around you. They not only affect the present, but they also affect the future. I had to learn to make the right decisions.

"Up to the point of the accident, I had made risky decisions and never truly weighed the consequences of them because I thought I was invincible. I have learned that the accident wasn't a totally bad thing because of the story it left me with. Now I am able to inspire the people around me and show them that you can overcome any obstacle set in front of you. I see that I have been given a second chance to accomplish my dreams and a reason to chase after them."

He's thankful for the people around him, too.

"The people that have supported me the most in my recovery are my parents and my coach," McNeill said. "They were there with me before the accident, after the accident, and helped me with everything in between. They checked up on me constantly and helped me through every barrier I faced."

Despite a difficult journey back to fitness, McNeill has clocked some impressive races this fall, clad in his Trojan maroon singlet and shorts, Saucony spikes, and pizza slice socks.

Since Harnett Central moved from 4A to 3A this school year, he won his first regional title ever. And Benge believes his performance and leadership also helped Harnett Central advance to the state meet for possibly the first time -- long-term records do not exist at the school.

"Laderique is constantly leading his teammates by example and encouraging them to believe in themselves," Benge said.

His hard work during his senior cross country season speaks to the time he's devoted to recovery.

"[Last spring] it was a struggle to take three steps without losing my balance, much less be able to run," McNeill said. "I had to relearn how it felt to run and be able to push myself through the pain and challenges that a distance runner faces. I felt like I was a beginner again."

McNeill has transformed himself physically and mentally since his accident.

For example, he shares the discoveries and consequences he's encountered from his risky decisions with his teammates. He hopes that by disclosing "the things [he has] learned and the obstacles overcome" that he helps them make wise choices.

Benge agrees he has changed for the better.

"When I first started coaching, he had quite an aggressive leadership style," Benge said. "It seemed like he still had a bit of a chip on his shoulder and was trying to prove something to his teammates, coaches, and maybe even to himself. However, over the past six months, I have seen him grow into an extremely strong, self-confident, and inspirational leader and teammate.

"No matter the circumstance, Laderique is constantly leading his teammates by example and encouraging them to believe in themselves, not to quit, and to push through the obstacles they are facing."

"I hope to compete in college and become an All-American in cross-country and track," he said. "Beyond that, I hope to one day be a gold medalist in the Olympics."