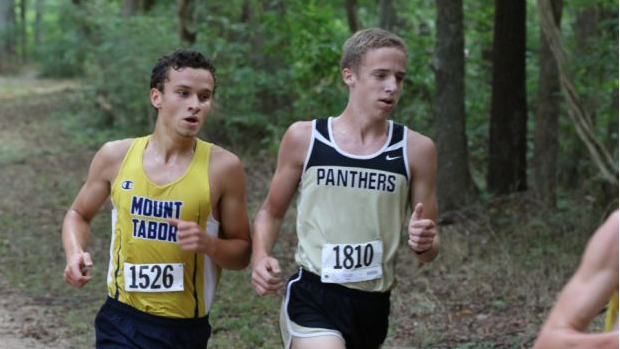 Despite losing the Sutter twins who have been key runners for Providence over their 4 year careers, the Panthers were still slated to be a top 5 team this fall.  But with the transfer of #2 returner Andrew Kiss to Cuthbertson it caused them to slightly fall in the rankings. But they still return a strong squad just missing out on the top 10.  Hayden Blalock has a break out XC season last year and dipped under the 16 minute mark, 30 seconds better than his best in years prior.  He won't have the Sutters to push him this season and will be the leader of this Providence team as he heads into his senior year.

Sam Cohen also heads into his senior year and will be looked at to step his game up this season.  He holds the second best PR on the team and leads a group that holds a 40 second gap from their 2nd-5th runner.  Elliott Schultz was very consistent last cross country season and had his first full year of running as he only looks to have done XC as a freshman.  Schultz will be a junior and could have a lot of potential this fall and should easily be mid 16s this season.

The Panthers did have a good group of guys that had really strong track seasons in relevance to their XC PRs, and leading that group is Russell Engle.  Engle cut a lot of time off of his 1600 PR and ran 4:31 last spring.  Engle is heading into his Junior year and if his track success translated to the XC course he should be in for a big season and could be a front runner with Blalock.  Kyle Overton returns as the Panthers #7 guy and was just a freshman last season. He returns much stronger heading into his sophomore season a 4:45 last spring.  Cameron Wright chopped 10 seconds off of his 1600 PR as well running 4:47 last spring.  Patrick Barley looks to have been hurt last outdoor season, but if he returns healthy he should be a solid runner for Providence this fall as he heads into his senior year.