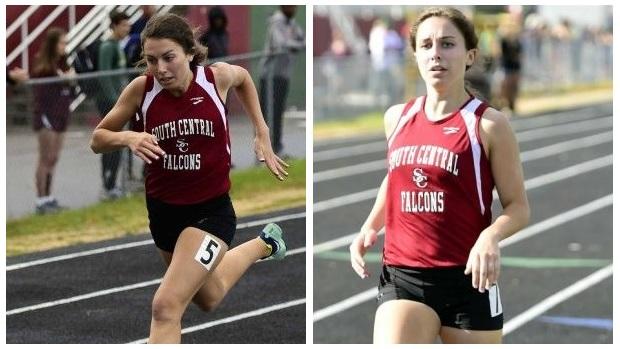 I have to admit this: it took me way too long to realize that Chloe and Claudia Cox were twins.  I became aware of Chloe's times first, when she had a breakout race by running 5:18 at the state meet her sophomore year.  Claudia caught my attention last summer when she clocked 1:02 for the 400 Hurdles, earning a spot at NBN in the process.  I finally put two and two together, and I've wanted to get an interview with the pair all school year.  That became even more important when I saw their intriguing college choices, which they explain in the interview below with Jason Creasy.  I get the feeling that the Cox sisters still have a lot of improvement in front of them, and it will be interesting to watch the alumni reports next year and see how they continue to develop - and how they handle potentially competing against each other, especially on relays!