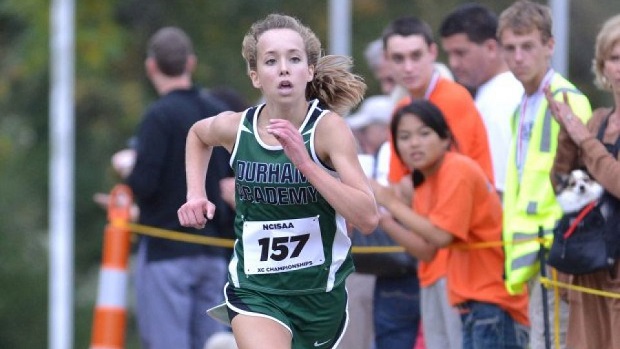 The girls race features a dominant individual and a hotly-contested team battle that will provide one school with momentum for the state meet.

Ryan Speer (North Raleigh Christian) is a heavy favorite to win the individual title, as he ranks 8th in the state, all classes.  He has two teammates that can join him in the top 5 as well,  as they will attempt to surround Cary Academy's Josh and Coleman Mitchell.  Even with that much firepower up front, though, North Raleigh Christian is not nearly as deep as Cary Academy, and the Chargers are likely to bring home the team title based on the strength of their 4th and 5th runners (as well as 6th and 7th, as all of them are under 17:48).  A commanding team win in this meet could be a stepping-stone for Cary Academy toward their state meet next week.

As the short NCISAA championship season approaches, a long-standing rivalry fires up once again, refreshed by the new athletes that cycle in with each passing year.  That rivalry has gotten even more intense as each team has won a state title in the last two years: first Cary Academy in 2011, then Ravenscroft in 2012.  This meet is a preparation for the true challenge next Friday, and both meets promise to be very exciting.  The virtual meet has Ravenscroft as 5-point favorites, a prediction that could turn around with one outstanding individual race on either side.  All of the team competition will be happening behind the individual leader, Eliza Dekker (Durham Academy), who is in a class by herself among her NCISAA 3A peers, although the battle for second between Emma Astrike-Davis (Cary Academy) and Maddy Ringenbach (Ravenscroft) should be very interesting.