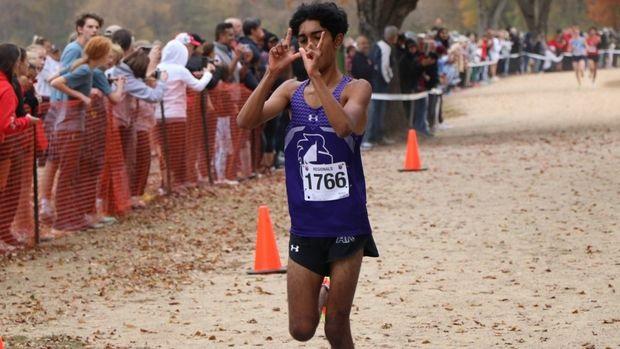 Reeves was NC Junior No. 1 and all-classes No. 2 on the season. He ran his best of 15:03.23 at the ASICS Invitational in Georgia. He was runner-up at both the CAA Conference and NCISAA 4A State XC Championships. The thrown atop the NCISAA opens up with his teammate Rocky Hansen graduating. We still might not have even seen the best of Reeves yet.

Schmid is fresh off capturing the NCHSAA 3A State Championship. It was a remarkable season for Schmid, who also picked up wins at NCHSAA 3A Mideast Regional and Central 3A Conference Championship. He also was runner-up at NCRunners Elite, 3rd at Hare & Hounds, and 7th at Friday Night Lights. He has a personal best of 15:39.92.

Valyo emerged as a top athlete in 2022. After running his personal best of 15:28.00 at adidas XC Challenge, he went on to finish runner-up at the CAP 6 Conference and NCHSAA 4A East Regional Championships. He was named all-state after his 7th place run at the state meet. His best time is NC Junior No. 3 on the season.

Gopolakrishnan won the NCHSAA 4A West Regional crown before going on to place 5th at the NCHSAA 4A State Championship. He was the first non-senior to cross the line at the state meet. His time of 15:30.50 from the adidas XC Challenge is NC Junior No. 4 this season. He also won the SoMeck Conference Championship.

Venable had a fantastic run at the state meet that saw him take home 8th place and an all-state selection. He ran 15:30.60 at adidas XC Challenge, which is NC Junior No. 5 on the season. He also placed 5th at both NCRunners Elite and the NCHSAA 4A East Regional Championship.

Injuries cost Surface a chance at the NCISAA crown this season, but he still managed to have some top tier races. He ran NC Junior No. 2 15:19.40 at adidas XC Challenge, and placed 5th at Friday Night Lights and 9th at NCRunners Elite.