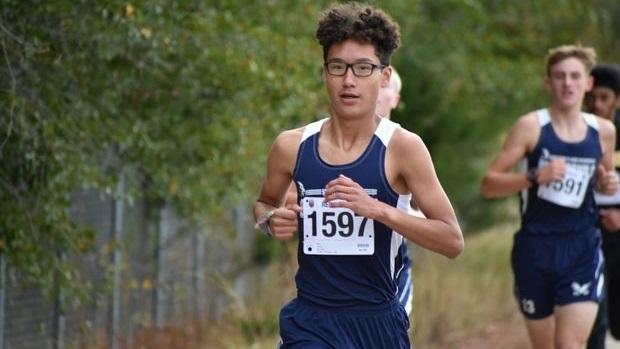 The afternoon session of the NCHSAA State Championship kicks off at 2:00pm tomorrow with the running of the 2A boys!

The individual battle up front is going to decide a lot of the team scores towards the front as well.

The top two runners in 2A are the leading horses for the top two programs in 2A. Knox Witherspoon (Brevard is NC 2A No. 1 this season with his 15:59 at the Mountain Foothills Conference Championship, and backed it up with a victory at 2A West.

If Brevard's 2-3 combo of Abdi Green and Townsend Dierauf can make a run at all-state than Brevard will be a hard squad to beat. Brevard only loses one member of their top seven from their 2020 8th place state meet team.

North Carolina School of Science and Math has long been at the top of 2A and this season could play no differently. 2A Mideast champion Andrew Parker leads NCSSM into the state meet with his 16:09 personal best from the regional.

Freshman Jack Anstrom (Seaforth) is looking to establish himself as one of the best freshman in the state, and what better way than competing for a state title. Anstrom was runner-up to Parker at 2A Mideast.

On the girls' side 2x defending state champion Angie Allen has finally graduated, opening up the thrown a top 2A for the taking.

Madison Flynn (Manteo) is the top runner in 2A this season after her 18:58 performance at 2A East. Manteo moved up from 1A to 2A this season, so this will be Flynn's first state championship in the new classification.

The 2A West Regional had some of the better runners in the classification. Leah Whiteside took home the victory for Community School of Davidson clocking 19:09. It was not enough to get passed Pine Lake Prep as they used a 21 second 1-5 split to capture the 2A West title. Led by Abby Pike, if this Pine Lake Prep team can keep that pack tight on Saturday they might be able to call themselves state champions.

NCSSM took care of business at 2A Mideast winning the regional with only 20 points! They went 1-3-4-5-7-9-10 and were led by Caitlyn Elliott's victory. Aside from Elliott being a junior the rest of this squad are all seniors!