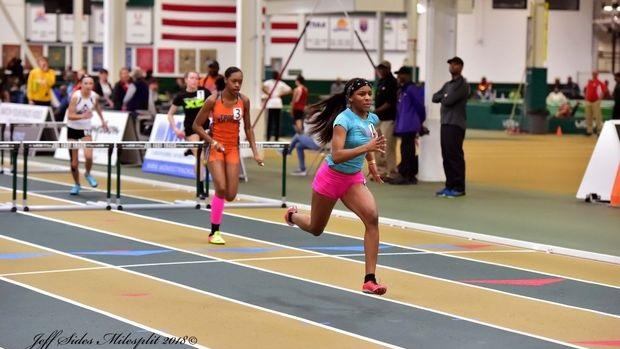 Harding University's Akala Garrett has been on a roll this season! The sophomore is rewriting the record books as she became the fifth girl in North Carolina history to dip under 42.00 in the 300m hurdles! She ran 41.91 at Garinger Wildcats Meet #3. Not only did she run a NC No. 5 all-time mark, she did it solo!

Not only was it NC No. 5 all-time, it was a sophomore record too! Garrett has a better personal best at this time in their career than current record holder Anna Cockrell.

There is no stopping Garrett now, as she has a ton of time to rewrite these record boards even more. The one thing all the ladies in front of Garrett have is that they ran their personal best time at their respective state meets. With the countdown to the state meet in June, Garrett has time to finetune her craft and go after some legendary North Carolina runners.