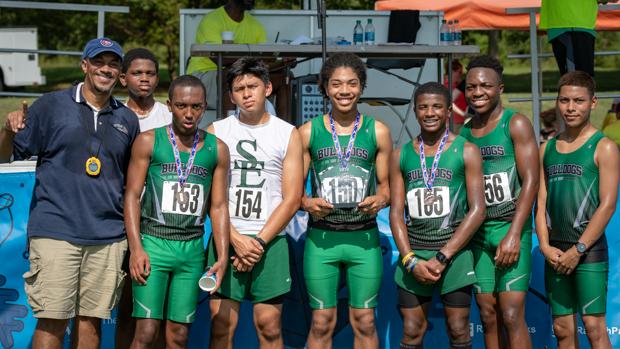 Story written and photos by Dan Loughlin (@dloughlinphoto on Twitter)

One of the things I enjoy most about photographing XC and TF for NCRunners is talking to the athletes and coaches and hearing their stories.

That was true at the Dorothea Dix Invitational, where Southeast Raleigh was competing. Southeast had a late start to the season - 6 weeks late, in fact. They were without a coach until Aug 20th when Benny Morgan was announced as the new XC/TF coach. 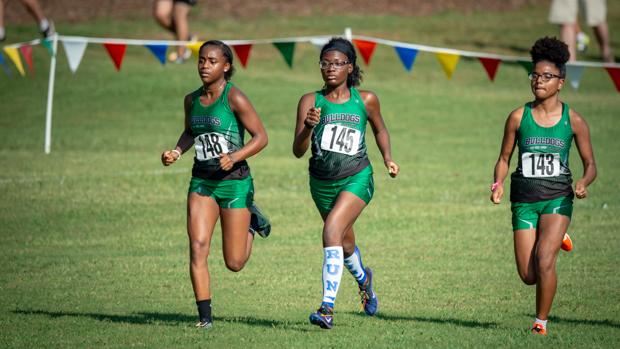 His resume includes college coaching experience as well. He was most recently the head XC/TF coach at Coker College ('14-'17) and has held coaching positions at Duke, Winston Salem State, Brevard, and Clark Atlanta. Welcome back to the Triangle and to Southeast, Coach Morgan! 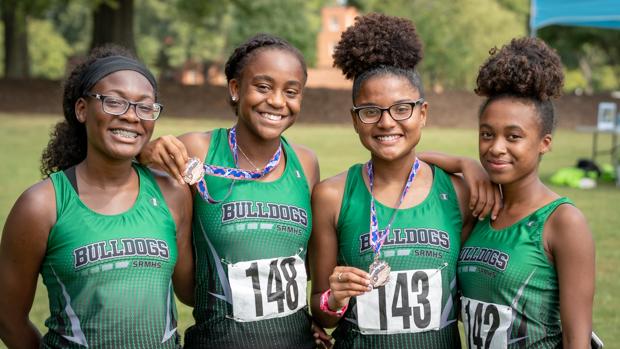 The Southeast XC teams did not let their late start slow them down. In their first 5k of the season, Alayna Suitte, Lauren Clark, and Shyloh Blanco (3 of the team's 4 girls) finished 1-3. And at Dix, Alayna finished 3rd in the Championship Race, while Knowledge Blanco and Zachary Martin finished 2nd and 3rd, respectively, leading the boys' team to 1st place in the Development Race. Congratulations to the Bulldogs and best of luck this season!