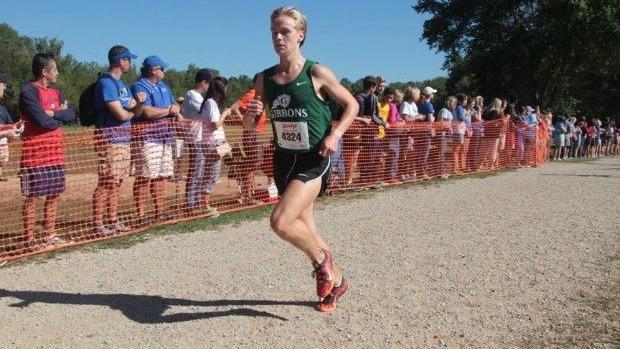 If losing 4 of your top 5 guys and still returning the 12th ranked team in North Carolina doesn't define Cardinal Gibbons as a powerhouse program I don't know what does.  Gibbons lose a lot up front in Connor Lane and Sam Grelck, both all-state runners for Gibbons last season.  Lane was an extremely reliable low stick for Gibbons the last two seasons, so their are certainly some massive shoes to fill for this Cardinal Gibbons team.  Gibbons does return a leader in Sam Thornton who without a doubt should be all state in 4A this season. Thornton was 14th last season at the NCHSAA 4A State Championship improving on a 56th place finish the year before.  Thornton was excellent on the track, but for the second year in a row took 5th in the extremely deep 4A Midwest region.  It's rare that running 9:30 doesn't get you out of the regional meet, but Thornton was unlucky from that aspect last season.  He had a big breakout in XC dropping his PR down from 16:39 to 16:00.  Thornton has proved he's the real deal and this will be the year that his hard works really going to show.

Lowell Hensgen and Tyler Stephens return as Gibbon's #2 and 3 and were both sub 17 guys as sophomores last season.  They hold PRs of 16:47 and 16:48 respectively.  Hensgen missed out on the state championship meet last season after an off day at the regional meet. Hensgen will come in with much higher expectations this season as Gibbons will look for him to be one of their top guys each week instead of fighting to be in the top 7.  Hensgen holds track PRs of 4:42 and 9:52.  Stephens finished 56th at the 4A State Championship last season in his first season running in Gibbons top 7.  Stephens' is pretty much strictly a XC guy as his cross times will likely always exceed what he does on the track.  He didn't race much during the track season, but did break 5 in the 1600.  Despite that I wouldn't be surprised to see Stephen's running in the low 16s this season.

Rising sophomore Liam Peeples had a great track season running 4:45 and should be in for a big sophomore XC season.  Last year Peebles ran 17:51 breaking 18 minutes twice.  Peebles should impact the top 5 this year, but if he's similar to his older brother (Connor Peeples) he's going to be a little better on the track than XC.  Though Connor's 15:42 XC PR shows he was no slouch in XC.  Connor Miles returns as Gibbons #4 after r running 17:20 last season.  Miles was not on the top 7 for Gibbons last season, so was primarily running in the JV or developmental races.  Miles should be in the top 7 this year, so races are going to be a lot different for him this year, but should bring him to much quicker times.  On the track Miles cut 10 seconds off his 1600 tie running 4:47.  He'll be a rising senior for Gibbons, so should be ready to lead this team to success.

Mitchell Kisaberth showed a lot of improvement throughout last XC season, and continued it on the track.  After running 5:43 as a freshman Kisaberth clocked a 4:46 on the outdoor track as a sophomore. Last year was his first year doing XC and he developed from a 22:00 down to 18:14 over the course of the season.  After running well on the track he should demolish that PR and factor into Gibbons top 5 this season.  Noah Pietrek will also be a senior this year for Gibbons, and despite missing a lot of time in XC last season he still ran a PR of 17:48.  Pietrek ran a 4:47 on the track, a 10 second PR from the year before.  They also return two rising sophomores that were sub 5 in the 1600 as freshman in Kevin Coffman and Carson Williams.  Gibbons lose a ton of key runners from last years team that narrowly took 3rd at the NCHSAA State Championships.  But despite losing 4 of their top 5 Gibbons will still be very good and will continue to reload with strong athletes.  Though it'll be tough to have the same success they did last year, I think Gibbons is going to impress a lot of people once again this season.