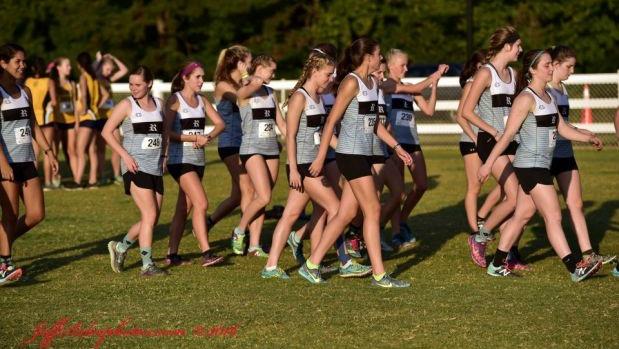 Reagan loses their top girl Isabel Zimmermann, but they have two girls very capable of replacing her this year.  Sophie Faircloth and Ainsley Cooper are the real deal and will make Reagan a force this season having two strong frontrunners despite having a solid top 7 coming into the season.  Faircloth hasn't raced since this indoor season, but that's because she plays soccer for Reagan during outdoor track.  Faircloth had an awesome freshman year running 18:17 in XC and 5:09 during indoor track for the 1600. Despite having an off day at the state meet she still was 11th in 4A last year.  Faircloth ran 18:50 at the state meet after running 18:17 the week before on the same course.  Faircloth will transition from a freshman superstar to an experienced veteran this XC season and should be one of the best runners in North Carolina this season.

Ainsley Cooper made another massive jump on the indoor and outdoor track this season.  Last season in XC Cooper had a big break out going from a mid 20s girl to a 19:15 girl last season and was much more consistent.  On the track Cooper ran 5:07 and 11:26 qualifying for the NCHSAA 4A Outdoor State Championships in both where she took 8th and 10th respectively.  Cooper has made great strides since her 19:15 last season and could even be Reagan's top girl this season.  We'll see if she looks to contend with Faircloth up front for Reagan this season creating a massive 1-2 punch.

Jessica Herzog will return as Reagan's number 3 girl after a strong freshman year running 20:34. Herzog showed a lot of improvement over her freshman season.  On the track she ran 5:46 and 12:15.  Herzog will need to close the gap between the top 2 girls this season.  Which is certainly a big ask, but if they could get her under 20 minutes this season it'd be big.  They'll have a lack of depth returning from this team and will look for a few girls to emerge this season to fill out their top 5.

Possible candidates to break into the top 5 are Caroline Richter and Madeline Cunningham.  Richter had a great second track season running 5:52.  Richter hasn't run XC prior, but seems like she'd making great strides in her career and joining XC would elevate her to the next level.  Cunningham holds PRs of 5:58 and 22:01 in XC.  Cunningham is a rising junior and will be needed to step it up this season. Reagan will bring in a freshman that's likely to impact their top 5 in Gwen Parks who was the #2 middle schooler in Forsyth County last season.  She also ran 2:36 for the 800 in the track for Meadowlark Middle School.  Reagan certainly has a few gaps to fill in their top 5, but with strong leadership up front I think they'll get things figured out this season.  Reagan returns a very young team and this year is somewhat of preparation for having a really big 2018 season.