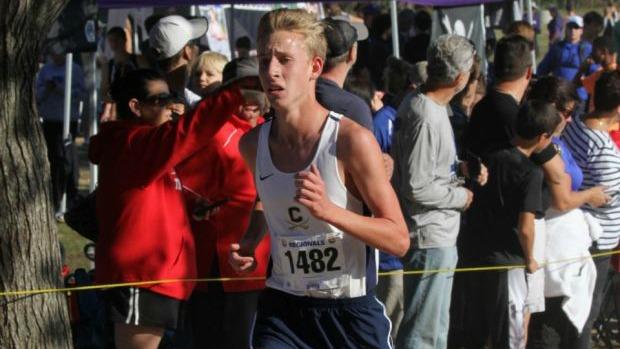 Cuthbertson return 6 of their top 7 and bring in a loaded freshman class who will be fighting to fit into this top 5.  Andrew Kiss will head into his senior season, and second season at Cuthbertson after moving from Providence last year.  As a sophomore Kiss ran an XC PR of 16:18 on the old McAlpine course.  Last year on the longer McAlpine course he ran 16:26, which equates to a slightly faster time after the course was made 5000 meters.  He also took 6th place in the region and 15th overall at the NCHSAA 3A State Championships.  Kiss will return with an all state spot on his mind.

Davis Seik returns and will look to evolve from a stud freshman, to a veteran sophomore.  Cuthbertson had high expectations for Seik coming into high school, and he's lived up to the hype so far running 16:50 and 4:43 as a freshman.  The only blemish on his freshman year resume is a 70th place finish at the state championships, but for most running well on a high pressure meet like a state meet will come with time.  Seik also ran 10:15 for the 3200 last season, good for 12th in the state out of the entire freshman class.  Rising senior Paris Wortham will return as the Cav's #3 man after running 17:14 last season.  Wortham showed a lot of improvement in his junior season entering as a mid 18s guy and ending as the 24th runner in the 3A Midwest region.  Wortham along with Kiss will look to be the senior leads of this relatively young squad this season and will be expected to step up when it matters for Cuthbertson.

Max Walker, Caleb Sluiter and Daniel Chavez will round out the returning top 7 from last years team.  They come back with PRs of 17:19, 17:43 and 17:48 respectively.  Chavez had the best season on the track running a 800 PR of 2:04 and 1600 PR of 4:55.  These three will have to fight if they want to remain in the top 7 this year with a ton of hungry freshman coming in looking to steal their spots.  Both Walker and Sluiter did not compete during outdoor track, so it'll be a question of how good of shape they'll be in coming into the season and could take them until later in the year to get back to their A-game.  Walker Lezotte and Kyle Stamper both will play threats in taking top 7 spot this season after both having big years on the track.  Lezotte was Cuthbertson's #2 guy in the 1600 running 4:44 and 2:04 for 800 meters.  Stamper clocked a 4:49 on the track as well, but has a lot to prove on the XC course with his current PR of 19:14 coming from his freshman season.  But these two rising juniors improvement could be a big impact on the Cav's top 7 this season.

Shaun Raughley was the third fastest middle schooler in NC last XC season for 3K and will look to make an immediate impact for Cuthbertson this season.  Though he beat the two boys that ran faster than him head to head at the NC Middle School XC Championships in course record fashion of 10:09.40.  Raughly also ran 4:57 for the 1600 as an 8th grader.  Raughly leads a strong freshman class of Evan Zottl, Tyler Carroll, Kurt Zottl and Will Marsh.  It'll be tough to gauge how their adjustment to the high school system will be, but will a strong showing on the middle school level last year it brings tremendous depth to this team.  Raughley, Carroll, and E. Zottl all ran 10:09 for the 3K last year ranking NC#3 through NC#5 in the state.  A strong class like this will likely push the older runners on the team to train harder, because no one wants to lose to a freshman!  Cuthbertson might be a few years away from having the best team in program history on the boys side, but they're certainly going to make a name for themselves this season.