I tried to tell them.  The Ryen Frazier that stepped to the starting line at McAlpine this past Saturday was not the same Ryen Frazier that had raced at WakeMed for Great American, or even at Beeson Park for the NCRunners Elite Invitational.  After dropping a completely solo 16:44 during a college race (which she won by 48 seconds), then posting an outdoor 3200 of 10:12 and an indoor mile of 4:44, this Ryen Frazier was on a completely new level.  Still, they didn't fully believe - until the second half of the Seeded Girls Race at Foot Locker South, that is, when she powered away from an elite field to win by 20 seconds.  Her time of 16:27 is an astonishing 52 seconds faster than any other North Carolina girl has run on that course (a difference of 4.6%, which is absolutely astounding given the race distance).  There can be no more dispute over the state's all-time cross country record, either, as Frazier clearly owns that honor now; for goodness' sake, she almost ran raster at McAlpine than Mary Shea ran ON A TRACK (16:13).

They believe now, though.  Frazier goes into the national meet on December 13th as one of the favorites, although the challenging Balboa Park course will certainly test her in comparison to WakeMed and McAlpine. 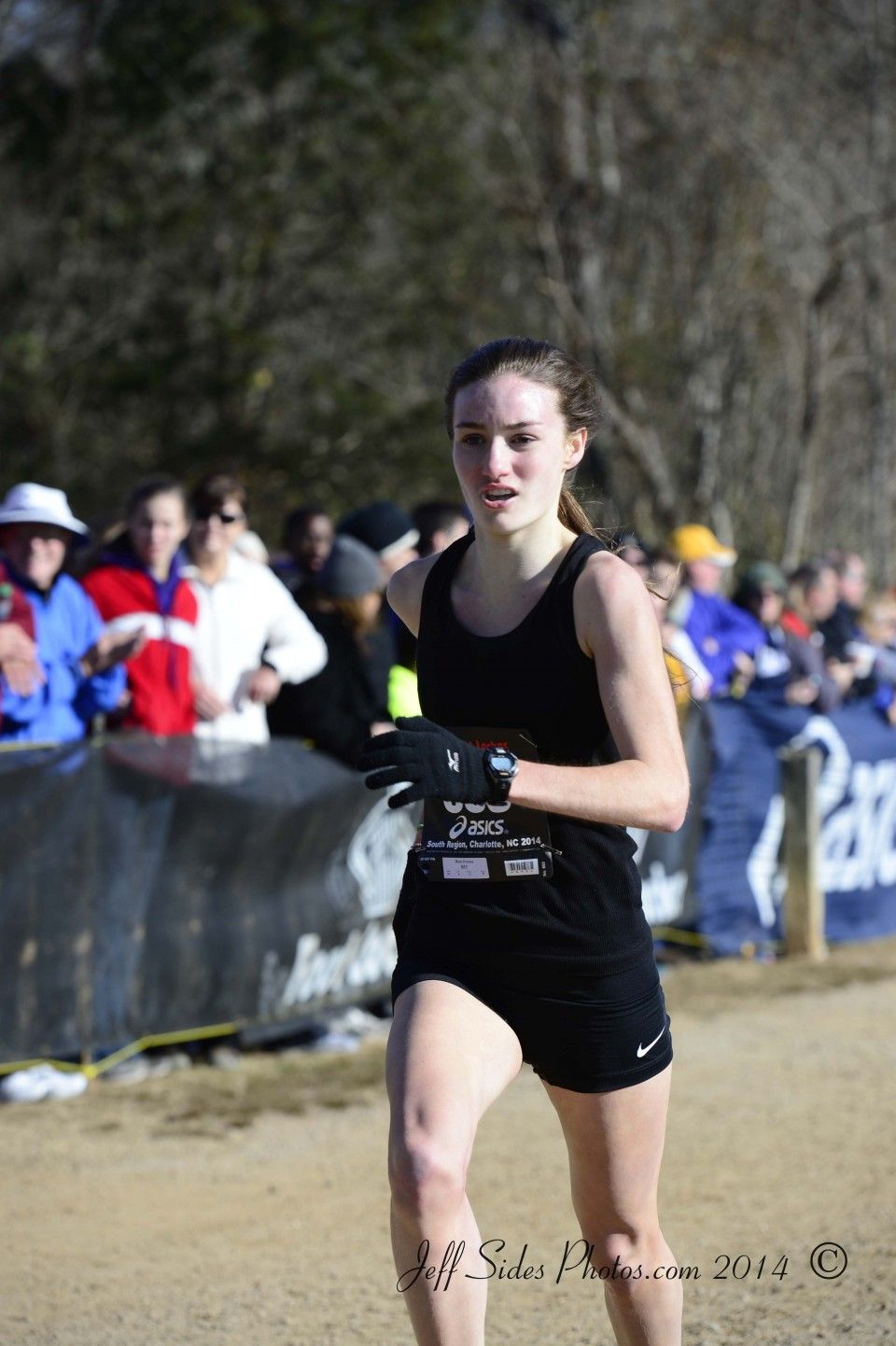 While the crowd was still absorbing the magnitude of Frazier's performance, another North Carolina girl completed one of the most remarkable single-year improvements you will ever see.  Kathleen Mansure (Watauga) finished 8th in 17:15, earning herself a trip to San Diego for the national meet next weekend.  Her time ties her for second place on the all-time North Carolina performances list at McAlpine, even with Sammy George and ahead of Alana Hadley and Wesley Frazier.  Mansure's story is so interesting and unusual that it deserves its own article, and as luck (or hard work) would have it, I will be in San Diego for the national meet to ask her some questions about it!  Check back in two weeks for that one. 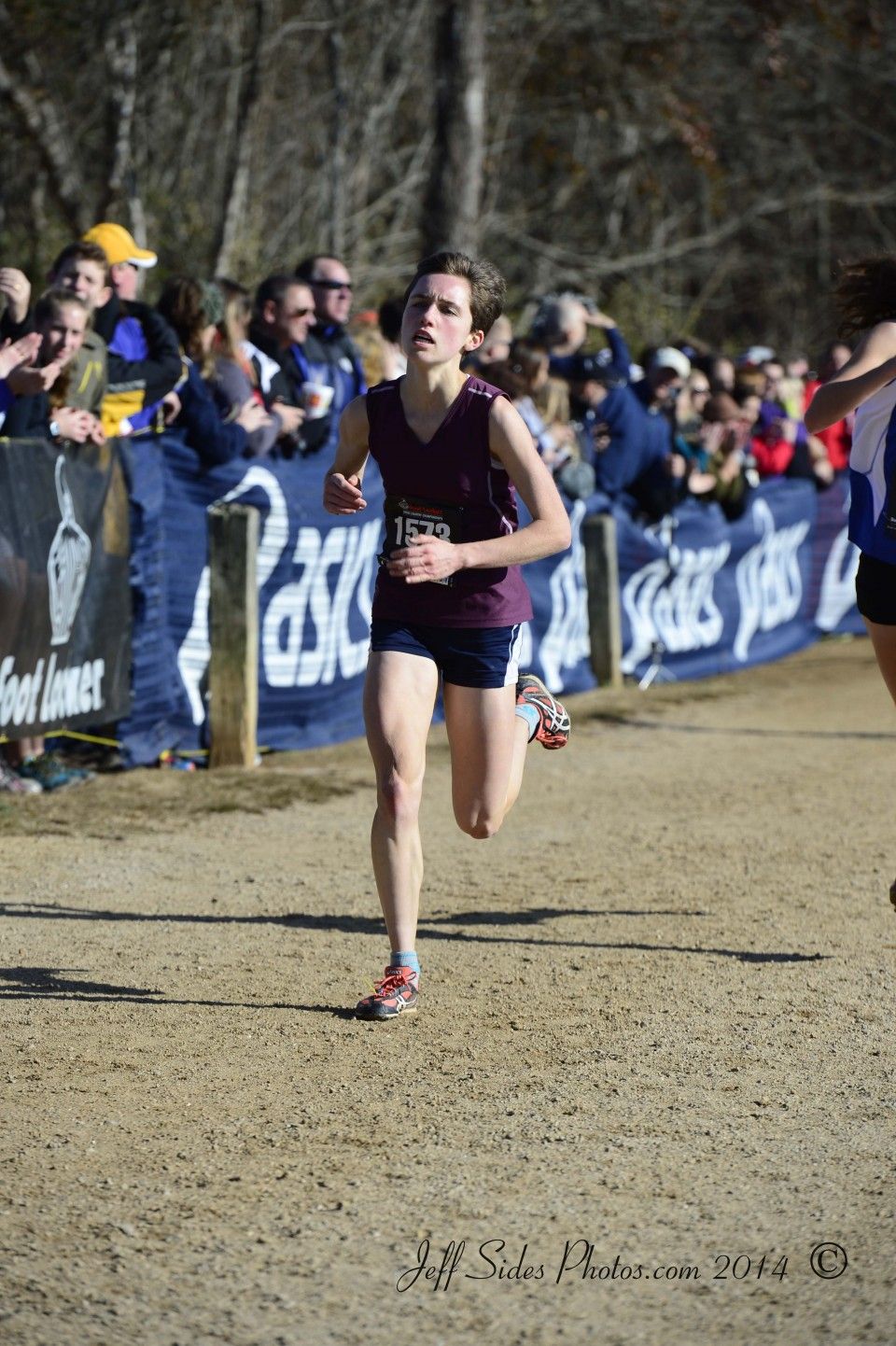 In 2013, North Carolina sent 3 boys to the national meet.  Unfortunately, things did not go as well this time around, starting with the incredibly disappointing news that Tanis Baldwin was sick and would not be racing.  Baldwin has been the state's best all season and seemed poised to go well under 15 minutes; instead, we will have to wait for his college career to see that happen on a cross country course.  Tanis handled the situation with his characteristic poise and grace, but you have to feel for the young man who geared so much of his training this season to that one day.  NC's best time belonged to Kyle Christ, who ran 15:27.  Our state's best single-race performance among the boys actually came in the freshman race, where North Carolina actualy took home the team win behind sub-16:20 times by Coleman Mitchell, Haywood Ferguson, and Noah Dolhare.