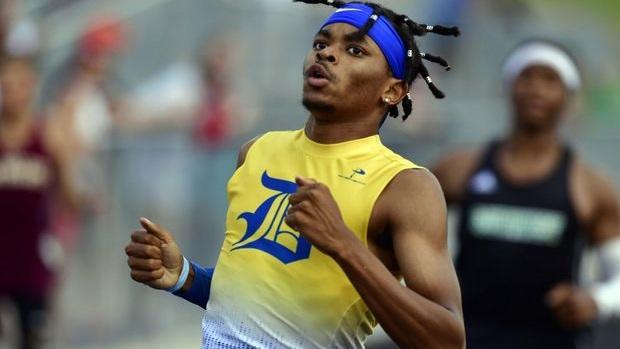 The shift of power in the SEC in the track and field world is still showing in the aftermath of some big coaching changes. One of those massive coaching moves, Duane Ross from North Carolina A&T to University of Tennessee, nets him another recruit to follow him to the Volunteers. Dudley's Isaiah Monroe announced on Instagram that he will be heading to Knoxville this fall to attend the University of Tennessee.

"What brought me to my decision was God," Monroe said, "It was a very stressful situation on the whole change of coaches and Coach Ross moving to Tennessee. At one point, I just didn't know which was the right move to make and I was afraid of making the wrong one. But I just took it to God in prayer and he directed my footsteps."

During this past indoor season, Monroe won the 300m dash at the NCHSAA 3A Indoor State Championship.

He was able to take a visit to Knoxville, and he absolutely fell in love. "The campus is just out of this world. From the academic resources to the environment and the athletic facilities. The resources are just next level."

He thinks this team has what it takes to win national titles, but the multi-talented Monroe has his sights set on life after track as well.

"As of right now I plan on going into kinesiology and minoring in music with the goal of becoming a professional cellist and a movie film composer."