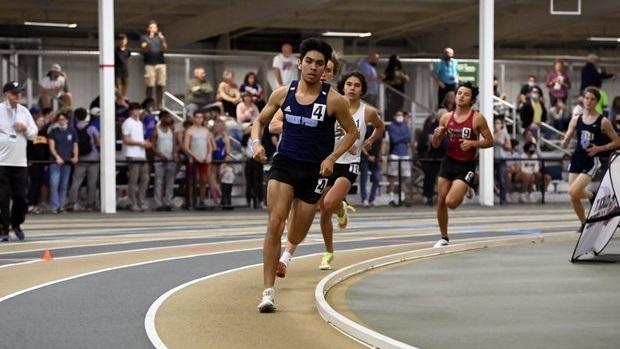 Giovanni Rincon, an 18-year-old senior at Union Pines High School in Cameron, North Carolina, died on Friday following a car accident in Moore County. According to a police report obtained by The Pilot of Southern Pines, Rincon attempted a U-Turn with his Chevrolet Silverado on Union Church Road at 3:14 p.m. on Friday when a Ford F-350, which was pulling a trailer, came from the other direction and collided with Rincon. According to the police report, the driver of the F-350 was charged on the scene with driving with a revoked license. Speed was not reported as a factor in the collision, The Pilot reported.

Just last week at the SAC Conference Championships, Rincon had won the 800m in a personal record time of 1:57.67. He was the No. 2 ranked 800m runner in his regional, making him very likely to have qualified for the state championship and contend for a podium finish.

We were first introduced to Giovanni Rincon in 2018. He was a star that emerged at the first NCRunners Middle School Elite Invitational. He had been entered in the 800m and 1,600m with no seed time and was representing Crain's Creek Middle School.

It isn't uncommon to see athletes go out way too hard and not be able to hold the pace as they are first introduced to distance running. It's how most runners learn. Rincon went out in 67 seconds for his first 400m in a race where the fastest seed in that heat was in the 5:30s.

Afterward, we talked with Gio, as we were very surprised to see that mark from a slower section. We told him we'd do what we could to get him into the fast heat. He told us that he was in the 800m and was so excited and appreciative. Not that we needed any reassurance in Gio's ability, but he told us he would not let us down and that he was going to win it.

Gio did just that.

Since that day, we were always a fan of Giovanni Rincon.

While we became aware of him for his talent on the track, he stuck out for being such a humble, appreciative and kind person even at 14 years old.

MileSplit wants to send our deepest thoughts and prayers to the Rincon family and to his Union Pines family. For anyone wishing to support Rincon and his family on the loss, please visit the GoFundMe.