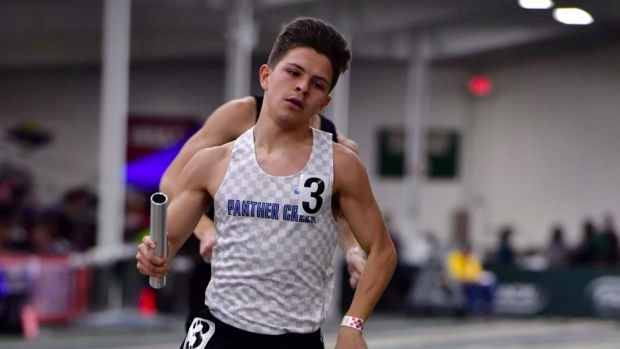 Definitely taking third at the 2018 indoor state meet, from the slow heat. It was a major turning point in a good direction for the rest of my year.

I would definitely have to say the Green Hope and Cary men's teams. As well as myself mentally.

I hands down would've trained harder my freshman year. I didn't take track seriously what so ever, I just showed up and ran. And I wish I would've tried harder because I could be a lot better now than I am.

What advice you would give to younger athletes?

My coach has not only tought me how to be the best athlete I can be. But he also tought me some manners along the way. Honestly of all the coaches I've had, coach Scruggs has been the most influential coach in my entire athletic career.

I am to attend and run Track & Field as well as  Cross Country at Lenoir-Rhyne University this fall.

I would not only like to thank my parents for the early mornings and late nights, but to all the guys that have been there for me from bad races to state championships, you're family and that ain't ever gonna change.( Just to name a few, Ben Woodman ,Christian Alverez, Brandon Clarke and Elijah Cernoch)