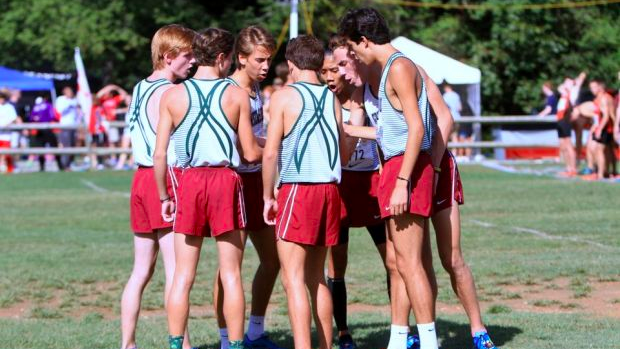 This boys field is loaded up front, and though it'll be tough to repeat last years battle between Brodey Hasty and DJ Principe who set a meet record of 14:32, the depth of the boys up front is going to be insane.  North Carolina's David Melville (Northern Guilford), Coleman Mitchell (Cary Academy) and Peyton Barish (Green Hope) will battle against the nations best in a race that should produce plenty of sub 15 times.  Melville and Mitchell have raced at WakeMed already this year running 15:13 and 15:19 and rank 6th and 8th in this field based off the virtual meet.  Barish ran 15:37 here last year and looks to be in good shape and could post a breakout performance.  Ben Mitchell (FCDS) and Ben Verchick (Union Pines) also are entered in the Race Of Champions.  Both have been running well this year and will look to break 15:30 this weekend.

The team battle is going to be intense with US#1 Loudoun Valley, US#9 Green Hope and US#11 St. Xavier square off in what should be a preview of the NXN Southeast meet later this fall.  Loudoun Valley has proven to be tough to beat with 7 boys under 16 this fall.  Green Hope is going to emerge with some fast times this weekend after having an off day at Oatlands a few weeks back.  This is a major bounce back spot for the Falcons and they're ready to step up and defend their home course.  St. Xavier is composed similarly to Green Hope with a tight pack of 5 guys and tremendous program depth.  Tuscarora (VA), Huntsville (AL) and Lambert (GA) will also contend up front in the team scores that's a great spot for a great team to breakout tomorrow and surprise a national audience.

Millbrook and Northern Guilford boys also enter the Race of Champions tomorrow and will look to post strong performances against some of the best schools in the US.  Both teams have been on the rise each week so far throughout the year and this meet gives them another chance to climb the state rankings.