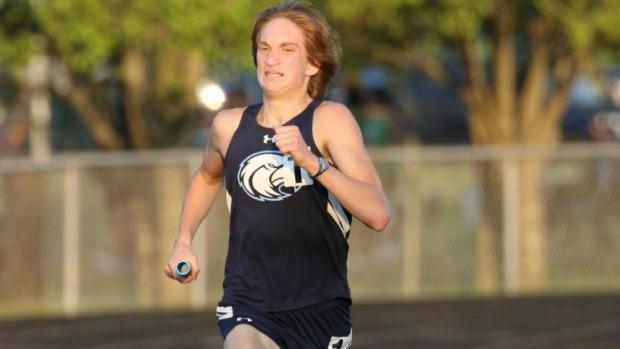 Last season Dolan Owens and Ben Gilman battled to the line asserting South Carolina taking a 1,2,4 finish dominating their North Carolina competition.  With Gilman graduating and Owens not entered, that makes last years fourth place finisher Sam Gilman (Hilton Head, SC) the top returner.  Gilman will be a junior this season, and after trailing older brother Ben the last few years, he's proven he's ready to emerge as a star for this Hilton Head program.  Gilman was awesome last fall running 4:16 for the full Mile and 9:30 for the 3200 on the track as a sophomore.  He returns with a 15:53 PR, but if he's in good form I think he'll be able to break that in the first meet of the year.

Noah White (Eastside, SC) is another stud junior out of South Carolina and comes in with the best PR in the field of 15:39.  White has run 9:32 on the track as well as 4:37.  White and Gilman are both in the same SCHSL 4A Classification, so it'll be a great early season preview of what's to come later on in the year.  Though a lot of North Carolina's best that would be in this field are holding off their debut's until later in the season, we'll still see some studs kicking off their seasons.  Kyle Durham (Weddington) and Brian Risse (North Lincoln) come into the season with high expectations and were ranked #24 and #25 in the state in our preseason rankings.  Risse has the third fastest PR in this field of 15:58 and I think has another breakout coming.  Durham has only run 16:33, but after a monster track season running 1:54 and 4:29 should be able to take that down this early in the year.  Also not in the virtual meet is Dakota Mendenhall (Forbush) as he's the lone man for Forbush in this field. Mendenhall is due for a monster senior year and holds one of the best PRs in the field of 15:58.  He'll battle with Risse which is an early indication of who is the NCHSAA 2A favorite.

Other guys I'm keeping an eye on are Russell Engle, Haywood Ferguson and Will Mazur (Weddington).  Engle was injured last year and still ran 16:25 at the end of the season when he was healthy.  Engle ran 4:23 on the track last fall taking 6th in 4A off a tactical pace.  Engle is someone I'm keeping an eye on throughout the season and is talented enough to be in the top 10 in 4A this season.  Ferguson has been a stud throughout his high school career and was the 4A West Champion as a sophomore.  He struggled in XC last fall, but I think he has a massive bounce back senior season.  Will Mazur was big on the track in his sophomore season running 9:46, 1:58 and 4:31.  His XC PR is only 16:45, but I see him as a sub 16 guy this year, and he may even be Weddington's top guy over Durham this fall.  All three of these boys were close to making our preseason top 25, and I see each of them cracking the top 25 at some point this fall.

Team wise South Carolina's Eastside and Hilton head come in ranked #1 and #2 based off out Virtual Meet, but Weddington is getting a lot of hype heading into the season.  Hilton Head and Eastside are pretty even through their top 4, but Hilton Head lacks the strong 5th man.  This is a battle that'll likely determine 1st and 2nd in the SCHSL 4A Classification this fall.  Weddington is extremely young with a lot of rising juniors that improved greatly on the track.  We'll see if their track success translated on the cross country course this weekend.

Providence boys come in ranked three points off of Hilton Head in second place.  They'll have a strong top 3 this fall, but will look to find answers for their #4 and 5 this weekend.  A sleeper team to contend this weekend is Leesville Road.  The Pride are very young and lose their top 2 from last fall.  But after a great season from their rising sophomores and juniors on the track they could be even better than they were last year this fall.  Green Hope boys are resting their top 7, but still rank 5th in our virtual meet with a 28 second gap from their top 5!  If they can live up to the virtual meets expectations it'll really show how strong this program is.  Also, we'll see if North Lincoln is going to be the favorites for the 2A crown this season as they come into the meet ranked 7th in this field.