For a first-time meet, the Hawk Invitational sure made a big splash!  One of the few hosts brave enough to schedule on either end of the most common spring break week in North Carolina (not to mention the day before Easter), the West Meck staff nonetheless were able to draw an excellent field of teams, and the meet was competitive throughout.  Furthermore, a total of 7 new state-leading marks were produced, even though the weather was cool with occasional rain.  Imagine what this meet could be as its reputation develops! 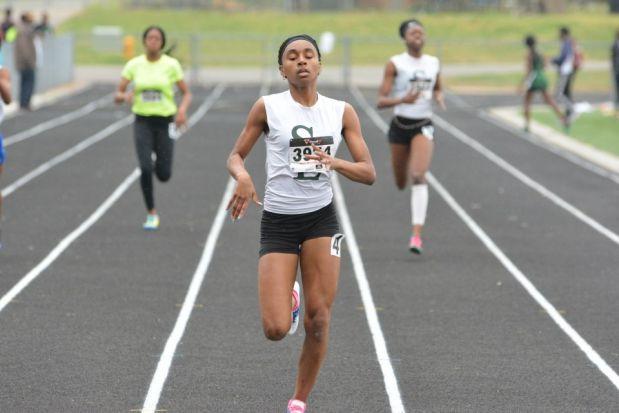 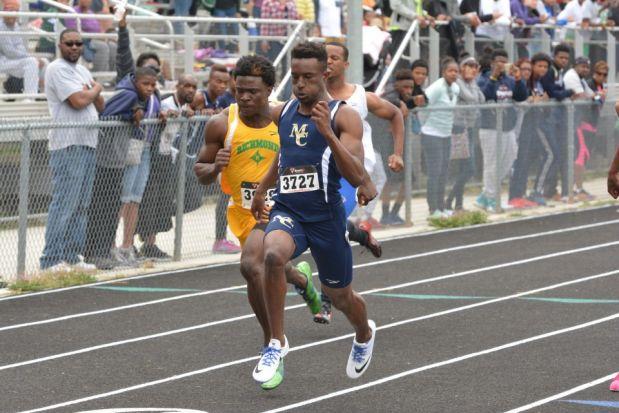 On the boys' side there were a few less rankings-topping performances, but the ones we did see were outstanding.  Brent Carroll (Berry Academy) set the tone with a 14.19 to run away with the 110 Hurdles, then Cravont Charleston (Mallard Creek, above) followed close behind with a 10.68 win in the 100.  Both were wind-legal, and both are NC #1 this season!  Malcum Tatum (Providence) earned his second NC #1 in as many weeks, adding a 39.72 in the 300 Hurdles this weekend to his state-leading 400 from last weekend (and if it weren't for a hard stutter-step on his seventh hurdle, he might have run 38).  The Mallard Creek boys won both the 4x100 and 4x200, but the cool weather prevented them from improving on their existing NC #1 in the former.