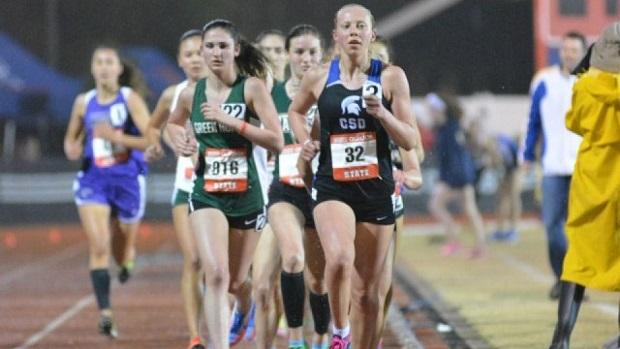 Most of North Carolina's best milers will be taking on strong competition in invitational events this weekend. While that statement largely applies to the Invitational Miles at the David Oliver Classic, three of the state's top female distance runners are headed to Boston to compete in the New Balance Grand Prix. Ryen Frazier (Ravenscroft), the current national leader at that distance, will face US #2 Marissa Sheva (Pennridge, PA) on the quick, banked track at the Reggie Lewis Center. This is her third time competing at the meet where older sister Wesley won in 2013.

In addition to Frazier, Malia Ellington (Community School of Davidson) and Elly Henes (Green Hope) will also compete, and they share a common goal: getting back under 5 minutes. Ellington has done so repeatedly in the past, for both the 1600 and the full mile, but Henes has only been sub-5 in the 1600. The meet itself is primarily collegiate and professional, and it will be broadcast on NBNSN starting at 6 PM on Saturday. Unfortunately, that broadcast schedule does NOT include the junior miles, but there is bonus coverage on USATF.TV that does! NCRunners will try to keep you posted with the results as soon as we get the information.