Debut of the David Oliver Classic 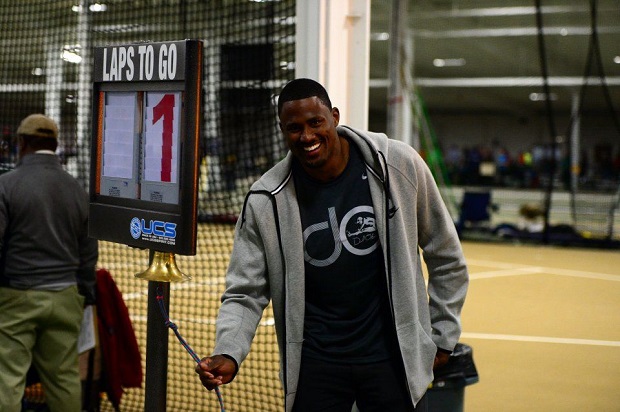 Just having JDL Fast Track for its second full season would have been enough.  When World Champion hurdler David Oliver signed up to sponsor the facility's largest high school invitational, promising to be on hand to interact with athletes and fans, it was almost too much for some of us in the track & field community to handle!  Oliver articulates his reasons for promoting track & field at the youth and high school levels in an interview from that meet.  It's incredibly motivational for today's future stars to get to talk to a true professional.  This year's David Oliver Classic is on February 6th and 7th, and it promises to be even more exciting - we've moved the Elite events that used to be part of the NCRunners Holiday Invitational to this meet, and we're recruiting a strong field of athletes from several states in the Southeast.