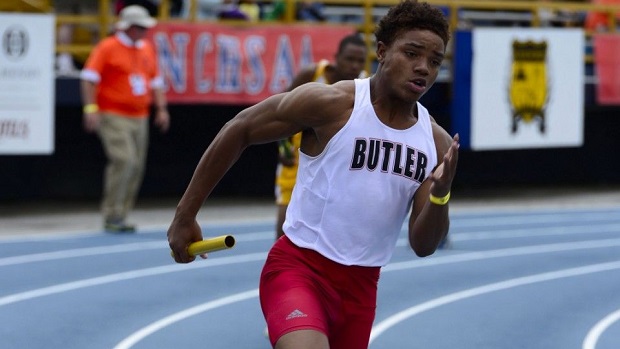 The 4x200 is very hard to predict for the boys, and not only because it's a brand-new event that few teams ran last year.  You also have to sort out which teams graduated big parts of their successful teams from the spring, then project which of the remaining contenders will focus enough on the event to succeed this winter.  With all that in mind, it looks like Butler could be the top team this year - the Bulldogs return 3 of the four runners from the team that ran 1:26.14 during outdoor season, a time that ranked 16th in the nation.  Z. B. Vance had the top time in the state from the 2014 indoor season, and has displayed some young talent.  Lacking more information, the usual suspects abound here, of course: teams like Wakefield and Southeast Raleigh have shown the ability to develop relay talent year after year.  Keep your eye on a New Bern team that ran some strong relays with only freshmen and sophomores last spring.