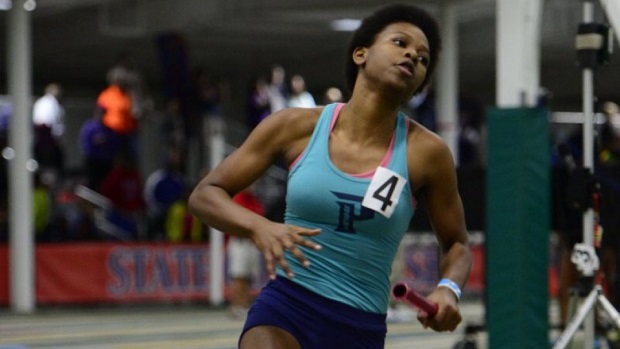 We start with the obvious: Parkland won the 4A Girls title last winter, and returns almost everybody from the squad that ran 3:53.39 for 4x400 (NC #3 All-Time) and 1:38.59 for 4x200 (NC #2 All-Time) last winter.  The latter time was good enough to bring home a national championship, and it was the overall #2 time in the nation during the 2014 indoor season.  The 4x200 has become the Mustangs' signature race, and they could turn out even stronger if McKinley McNeill competes for them this winter (she joined up in the spring last year).  The 4x200 is the relay where Cary's talent can come together - short sprinter Chaminiqu Hackney, long sprinter Layla White, and 800 runner Lakeisha Warner are better than last year's 1:44 would indicate.  Wakefield and Southeast Raleigh both lost significant talent to graduation, so this could be the year that an up-and-coming team has the chance to really shine.