Loading
<p> <span style="font-size:14px;">NCRunners is counting down the top 25 girls teams heading into the fall season. &nbsp;The full rankings will be released on the first day of official practice: Friday, August 1st. &nbsp;These are subjective rankings (not computer generated); they take into account returning team rankings, returning team averages, team rankings in the 1600 and 3200 from indoor and outdoor track, and a school&#39;s &quot;Improvement Rating.&quot; &nbsp;Improvement Rating is a custom metric developed by researching the improvement in a team&#39;s 5-person average from year to year, in comparison to that same team&#39;s ranking. &nbsp;Improvement Rating numbers and methodology will be released on the weekend of August 2nd.</span></p> 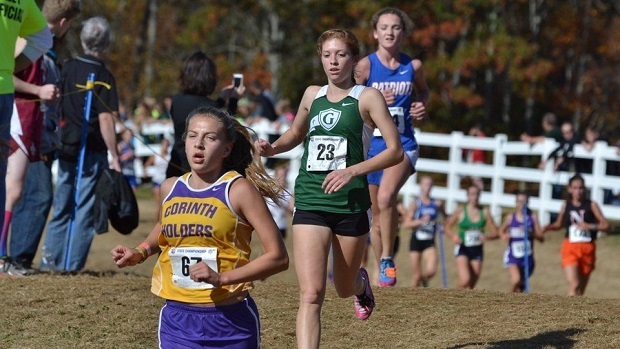 Emme Fisher (back) will have a tough 3A East opponent in Arden Vessie, but she can also carry her West Carteret team to the top 5 in 3A.

The Blake Dodge era is over, but the cupboard is far from bare in Morehead City.  Emme Fisher is a star in the making, having run solid 1600 & 3200 times in the spring to follow up her sub-19 cross country debut.  Depth is the big concern - the Patriots only had 4 returning girls record 1600 times this spring, and the returning cross country squad has gaps after the 5th and 6th runners that need to be closed.  Another cause for concern: the Improvement Rating metric doesn't rank them highly, although it can be susceptible to being skewed by injuries to a major runner (such as Blake's difficult 2012 fall season).  If the traditions and work habits established the last 4 years carry over, though, this team will win the 3A East regional and contend for the top 5 in the 3A State Meet.