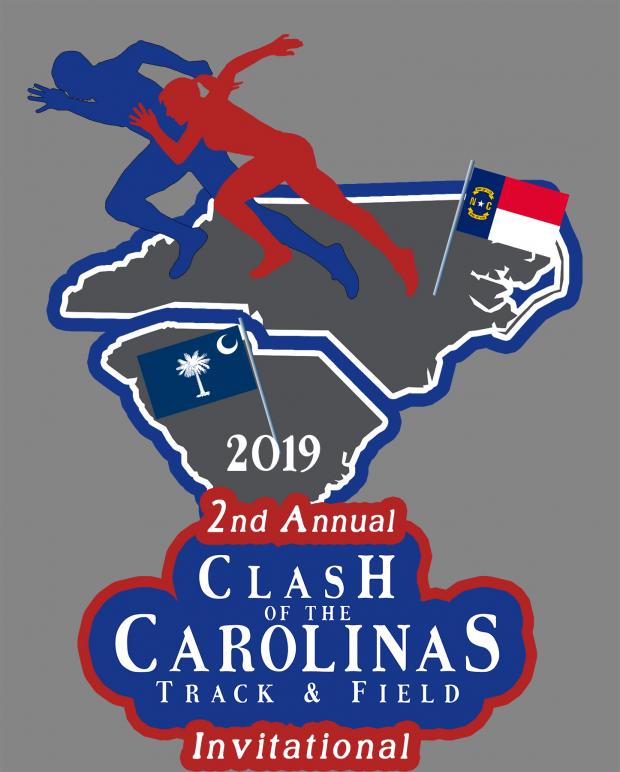 Cuthbertson High School is hosting the second annual Clash of the Carolinas on March 14th, 2020. This meet was put into place to have some great competition between two states that have amazing history in the sport of track and field. This meet will have some of the best teams and competitors from both states.

The event will be held at Cuthbertson High School at 1400 Cuthbertson rd, Waxhaw, NC 28173

School checks and cashier's checks/money orders should be made out and mailed to:

Race day payments will be accepted in the form of cash, school checks,or personal checks.

If payment is not made your team will be pulled from the meet.

General Admission: Admission is $5 (Children under 9 are free).

Top 32 entries per gender accepted from verifiable performances within the past year for SP, discus, LJ, & TJ.

Best 3 jumps and throws; 9 to the finals

1600 Meter Run - Top 48 entries per gender accepted from verifiable performances from the past year.

3200 Meter Run - Top 24 entries per gender accepted from verifiable performances from the past year.

Discus- Girls followed by boys (Officials will decide number of flights after check in) Discus pit is on the upper practice field next to the stadium on the left near the Goal Post.

Shot Put- Boys followed by Girls (Officials will decide number of flights after check in) Shot Put pit is on the upper practice field next to the stadium on the right closest to the parking lot.

Buses may drop off at the stadium.  From this point you will find an officer directing you where to park.  Please follow the direction of the officers in order to fit all buses and all spectators.

Tents may not be placed in any of the bleachers per our county rule.  Tents can go anywhere else in the stadium.

All spectators should use the student parking lot near the entrance of the stadium.

Cuthbertson High School and Novant will be providing certified athletic trainers onsite during the competition. Schools not traveling with a trainer should send supplies, such as tape and pre-wrap, as we will have limited quantities of those supplies.

All injuries or medical emergencies should be reported to the athletic trainer. The trainer will either be in the training room, or the medical tent.

Coaches and athletes are not allowed under the timing tent for any reason.

Coaches are not allowed in the infield, unless you are helping.

No headphones, cell phones or other electronic devices are allowed in competition areas.

Any protests should be filed with the appropriate referee (running or field) or the meet director.

Protests will be judged by the games committee, which will consist of the referees and the meet director.

The protest period will be within 15 minutes after the posting of final results.

ALL ATHLETES, INCLUDING UNATTACHED ATHLETES, MUST CONFORM TO THE NCHSAA UNIFORM RULES.

All jumps are located in front of the away stands.

All field event athletes should check in at their event site no later than 10 minutes prior to the start of their competition.

No athletes should be in the infield unless they are competing; this can result in disqualification.

Check-In for all non lane races will take place at the concession stand on the away side of the stadium.

All athletes in a lane race will check in at the start line.  Hip numbers will not be required for these races.

Athletes should know the order of events and not depend solely on calls before they check in.

To get the full depth of our meet coverage, become PRO!