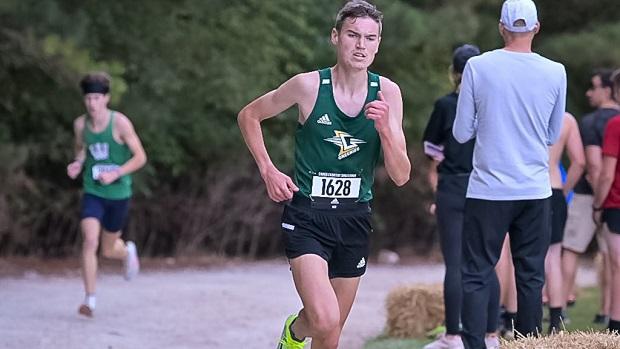 Christ School senior Rocky Hansen dropped a state record and US No. 15 all-time 14:20 at the Asics Invitational in Georgia Saturday morning.

After the Hagan Stone Invitational, their plan A meet, was canceled, Christ School and Hansen looked to Great American. Once Great American was called off Friday morning, the team made the trip down to Fairburn, Georgia for the Alexander/Asics Invitational. Sometimes when things do not work out like you expect, they work out for the better.

Hansen ran NC No. 2 14:45 at the adidas XC Challenge in September, but we all knew he had something much bigger in him. Hansen smashed old state record by 24-seconds and now stands alone at the top of North Carolina history. His 14:20 is U.S. No 14 all-time and, and only five of those performances came from a meet not named RunningLane.

Hansen now sits US No. 1 on the season and has quickly established himself as the favorite for any post-season race he chooses to compete it. He said after adidas XC he wanted to live in the moment this season. Well, so far so good for Hansen, and he is just getting started.

Teammate and junior Dawson Reeves ran 15:03 which is NC junior class No. 4 all-time.