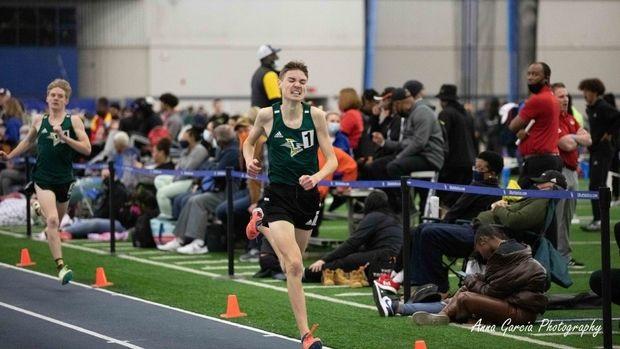 Rocky Hansen (Christ School, NC) has announced his commitment to Wake Forest! The junior set the North Carolina state records in the 1-mile run (4:00.76) and 2-mile run (8:46.97) this season, while capturing the NCISAA DI state titles in the 800m, 1,600m, and 3,200m. During cross country season last fall he won the NCISAA 4A state title where he ran a personal best of 15:21.80. Earlier this week, he was named the North Carolina Gatorade Track and Field Player of the Year.

"What brought me to the decision was the amazing people that surround the program and the excellent combination of academics and athletics. I also really loved the small class setting," Hansen said. "I was able to take an official, and it was awesome! Had a blast and met some awesome people! I knew it was where I wanted to be afterwards!"

In the winter he took home the adidas Indoor national championship in the 1-mile and 2-mile runs. Just a few weeks ago he captured the New Balance Outdoor national title in the 2-mile run.

Hansen emphasized that it was more than about the running, however.

"What was most important to me was having great athletics, academics, but most importantly environment and character of the people. The people at Wake are very genuine and authentic and I really love that," he added.

Hansen will be majoring in engineering, and will likely lean towards environmental engineering, but is still undecided. He added that he loved the engineering program that Wake Forest provides.