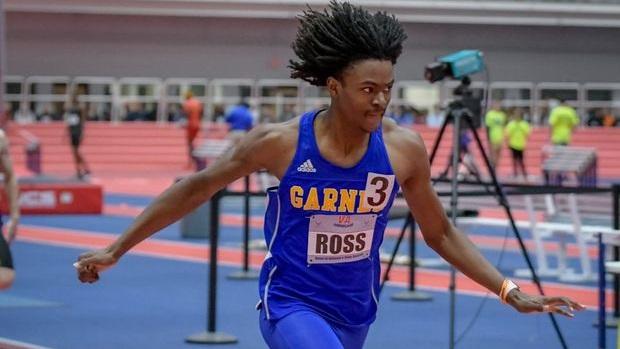 Garner alumnus Randolph Ross Jr. took home his second straight NCAA title in the 400m dash this weekend at Hayward Field in Eugene, Oregon. The North Carolina A&T student-athlete came into the weekend with all eyes on him after he took home the 2021 outdoor 400m and 2021-22 indoor 400m NCAA titles.

Fast forward to Friday's final, and Ross would line up next to Florida's Champion Allison, who had the fastest preliminary time. He shot from the blocks and came around the final curve in the lead, holding off a final push from Allison and Georgia's Elija Godwin. Ross crossed the line emphatically to take his 3rd NCAA individual title overall, and makes it back-to-back wins in the outdoor 400m. He clocked a season best and collegiate season lead of 44.13.