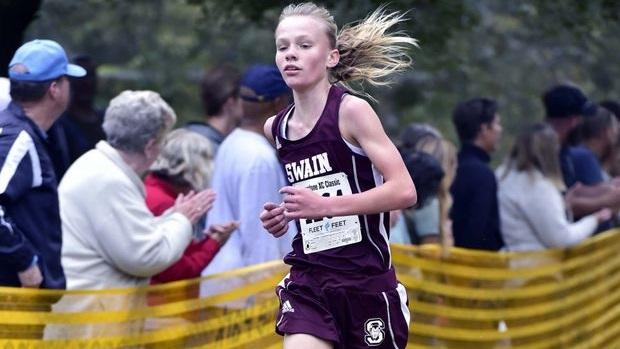 The 1A classification will kick off a huge day of racing as the 1A boys are the first to take the line on Saturday. The 2x defending state champion, Aaron Rovnak, has graduated leaving an empty throne atop 1A. Last year's state runner-up, Jacob Fiorillo (Corvian Community), is the favorite to claim that title. He has the fastest personal best in 1A this season, having run 16:19 at adidas XC Challenge in September. He is coming off a victory in the 1A Midwest Region.

All-state runner Carson Gilliam looks to be right on Fiorillo's tail. He clocked a personal best of 16:33 on route to winning the NCHSAA 1A West Regional. Draughn senior Reed Farrar was right behind Gilliam at the regional running NCHSAA 1A No. 3 this season 16:46.

Chatham Charter's Brandon McKoy is finding his rhythm as the season winds down. The senior is coming off wins at his conference championship and the 1A Mideast Regional.

Northside's Keanu Dugan took home the 1A East Regional over the packs from Lejeune and Pamlico County.

Another individual to watch is Bishop McGuinness' CJ Pacholke. The senior was runner-up at the 1A Midwest Regional and has clocked 16:55 this season. Pacholke is all-state in the 800m, so if the race is close with a sprint to go, Pacholke might be the favorite in that scenario.

Pacholke's main focus however, is the NCHSAA 1A team title. Bishop McGuinness won the 1A Midwest Regional over South Stanly 48-58. They currently sit NCHSAA 1A No. 2 this season based on overall team personal bests.

In the 1A West Regional Cherokee proved why they are the favorite going into the race. They took home the title with 73 points, and a 1:10 split in their 1-5 runners. Although Christ the King was runner-up with 91 points, they can very well make a run at the team championship. Led by freshman Blake Nicholson, who has ran 16:53 this season, Christ the King can work their way onto the podium with a great race all around.

On the girls' side, defending champion Lauren Tolbert (Highland Tech) will have some familiar, and some new faces, challenging her for the 1A title. Tolbert won the title in 2020 with a beautifully executed kick.

Tolbert will yet again be challenged by Briley Bickerstaff (Riverside) for the individual title, only this time there will be a new face with them. Swain County freshman Arizona Blankenship has emerged as a superstar in the NCHSAA. She clocked 18:33 at the 1A West Regional to take down the  defending champion Tolbert. Blankenship has only raced five times this season, and was victorious in each race.

Bickerstaff is going to be more eager than anyone to walk away with a state title. The senior has been on fire this season, clocking sub 18:00 marks multiple time.

Three freshman went 4-5-6 in the 1A state meet last season, Woods Charter's Ellie Poitras, Franklin Academy's Emily Myers, and Gray Stone Day's Emberleigh Pauley-Brown. Pauley-Brown won the 1A Midwest Regional while the other two were runners-up in their respective regionals.

The individual title will not be the only title on Blankenship's mind as Swain County is looking at talented as ever. Amaya Hicks was 4th at their regional for Swain and only made her debut during 2021 outdoor track season. Swain won the regional with 42 points. They return their entire top five plus from 2020 and add in Blankenship and Hicks, this team can be simply dominant if everything goes right this weekend.