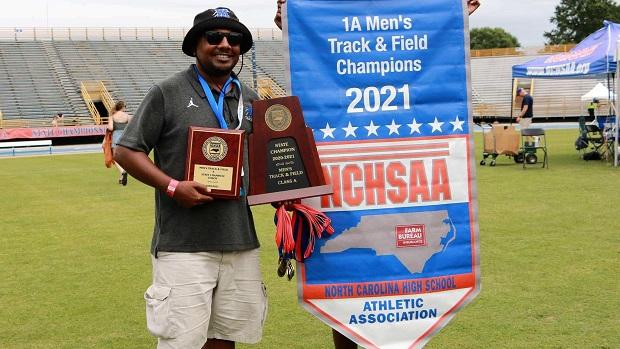 The USTFCCCA announced their winners for the 2021 Coaches of the Year award. On the boy's side, Mountain Island Charter School's Robert Washington took home the honors, and Cuthbertson's Dustin Allen won the girl's coach award. Both coaches were instrumental to keeping the spirit of sport alive during COVID-19 hosting socially distanced meets to give the athletes opportunities to run.

The Mountain Island Charter School team dominated the springs on route to winning their team championship. They had victories in the 200m, and 400m, and went 1-2 in the 100m. The depth of this team is just as dominant, as MICS took the 4x100m and 4x200m state titles. They secured nine all state performances at the NCHSAA 1A meet. This is only the beginning for MICS, with the majority of their superstars coming back in 2022 the sky is the limit for Coach Washington and his Raptor squad. 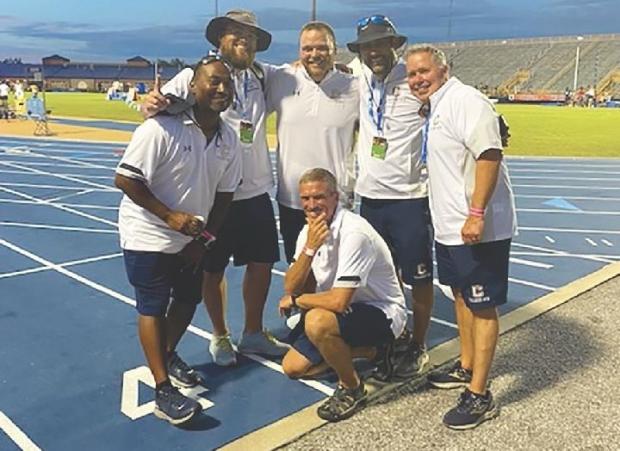 Allen led Cuthbertson to the 2021 NCHSAA 3A girls team state title tallying 90.50 points. The Cavaliers used their relay strength to lead their charge to the top team in the state. They captured all-state honors in all of the relays, including a victory and 3A state meet record of 9:18.25 in the 4x800m. With only two of their individual qualifiers graduating, this Cuthbertson team is here to stay! Sophomore Alyssa Preisano set a new 3A state meet record in the 1600m running 4:57.34. She doubled back winning the 800m as well. With 11 all-state performances across a wide variety of events this Cuthbertson squad could be the deepest and most talented team in recent memory.

"It's such an honor to receive this award. North Carolina has so many amazing coaches, so to be named the top girls coach in this state is amazing. It's nice to be named the coach of the year, but one person doesn't do this alone," Allen said, "I believe I have the best staff in the world and it's because of them that this is possible."